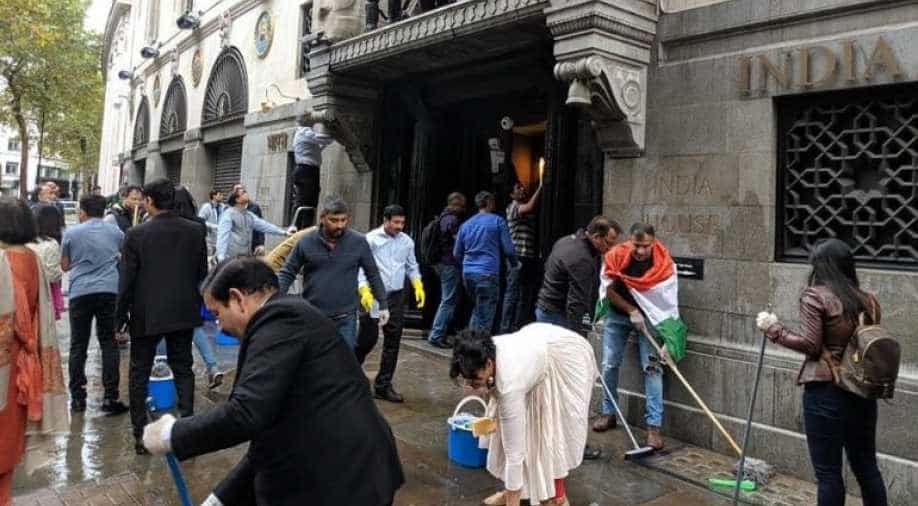 In a mature yet strong response to Pakistan-incited elements who had vandalised Indian High Commission in London, Indians in UK came out to carry out the cleaning work.

In a strong message of solidarity, the Indian community in the UK on Saturday joined hands to clean the mess created by violent protest in front of the Indian mission in London last week.

In a symbolic move, British Indians community also sent the Mayor of London Sadiq khan the cleaning invoice after volunteering and cleaning the area.

While Sadiq khan had "condemn this unacceptable behaviour", the British high commission in Delhi had described the incident as "largely peaceful".

Pakistani diaspora members along with several Khalistanis had staged a violent protest outside the mission on September 3. This was the second time in less than a month that the Indian mission in London has been targeted by unruly protesters. The first happened on August 15 on Indian independence day. They were protesting the Indian government's decision to remove the special status for the erstwhile state of Jammu and Kashmir. 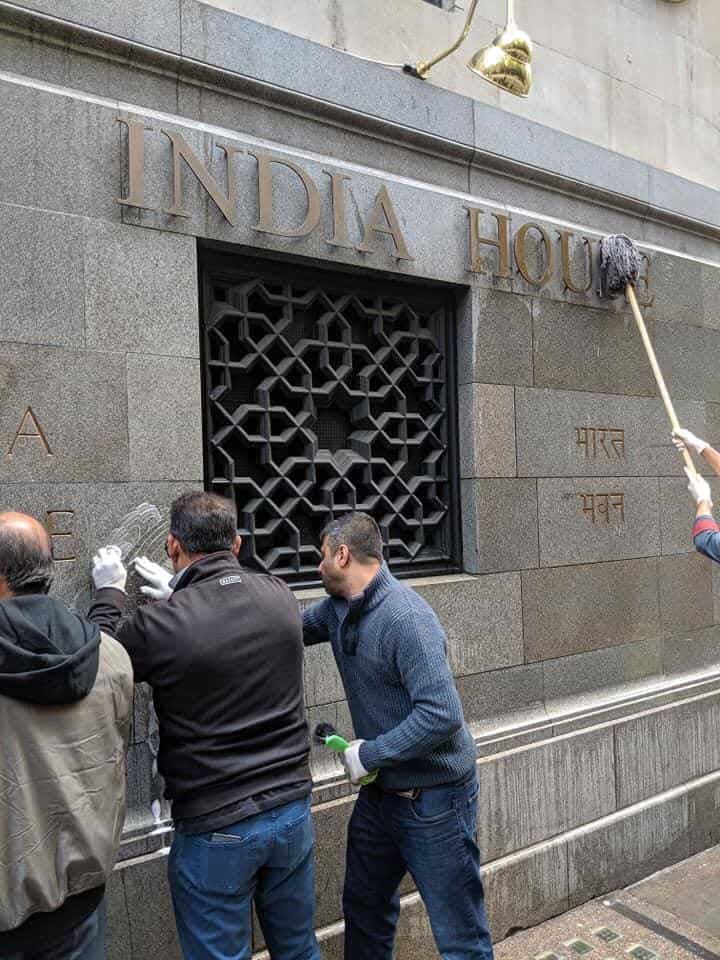 The latest protest saw vandalisation of Indian mission's property with Indian High Commission tweeting a photo of a broken windowpane.

India had strongly raised the matter both in Delhi and London. Indian summoned the British Deputy High Commissioner Jan Thompson in Delhi on Wednesday, a day after the protest took place. The Indian high commissioner in London Ruchi Ghanashyam met DG(Political) Foreign office and raised the issue of violent protest.

Two people were arrested after the protest by the metropolitan police.