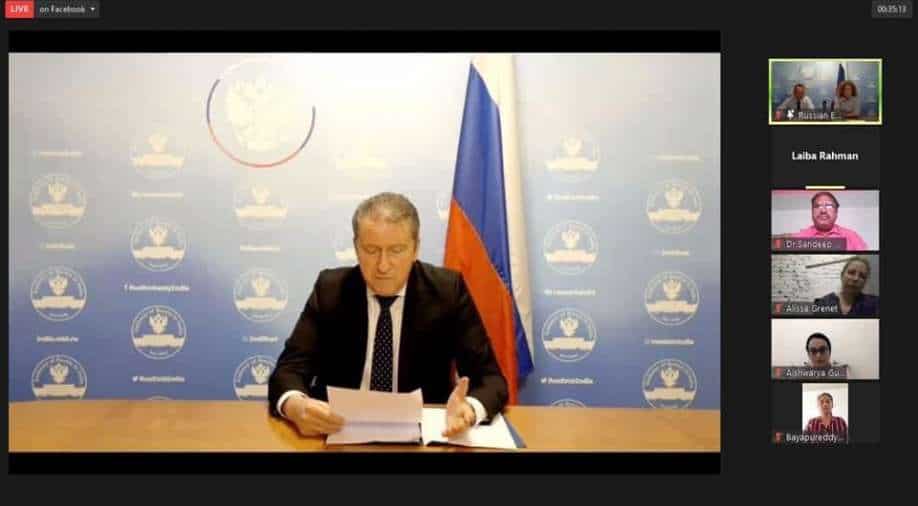 On June 1, India hosted the BRICS foreign ministers' meet virtually, as the chair of the grouping. Nearly 50 events have been held and many more are scheduled during the rest of the year.

The Russian envoy to India Nikolay Kudashev has said that the annual summit has been planned for this fall. India is the current chair of the BRICS (Brazil, Russia, India, China, and South Africa) grouping.

Kudashev, speaking at a virtual event hosted by the Confederation of Young Leaders (CYL), said, "in the framework of multilateral efforts to address existing challenges and threats, BRICS remains a major factor in international politics and economics".

"Annual BRICS summit is planned for this fall. At the previous BRICS summit, our leaders have reaffirmed the importance of BRICS people-to-people contact in enhancing friendship between our relations, especially the younger generation."

On June 1, India hosted the BRICS foreign ministers' meet virtually. With India as the chair of the grouping, nearly 50 events have been held and many more are scheduled during the rest of the year. It is the third time India is holding the BRICS chairship after 2012 and 2016.

Kudashev highlighted that both countries remain committed to "further expand our financial cooperation and extend the use of national currency in bilateral and international trade", pointing out that Russia is the "only foreign country so deeply involved in Indian nuclear power sector contributing to the national energy security".

Russia has been involved in Kudankulam nuclear power plant. He said, "we would be very encouraged with regard to the decision of the Indian government on the second site for construction of more nuclear reactors of Russian design".

Amid the COVID-19 pandemic, both countries supported each other.  Kudashev said, "in the hour of need, India helped Russia with the supplies of anti-virus medicines. Russia on its part provided a huge part of humanitarian assistance to India".

Russia supplied 20 tonnes of life-saving equipment and medicines to India earlier this year to deal with the crisis. These are included oxygen production unit, lunge ventilating machines and Remdesivir.

On coronavirus vaccines, India will be manufacturing the Sputnik V COVID-19 vaccine. Sputnik V, along with Covishield and Covaxin are the only three vaccines authorized in India.

Chairman of the Confederation of Young Leaders, Suwan, speaking at the event extended his gratitude to Russia for the outreach amid the pandemic and said, "right from oxygen concentrators to Sputnik vaccine such efforts to extend India a lifeline underscores the need to strengthen popular support for the long-term development in of the Russia-India relations."