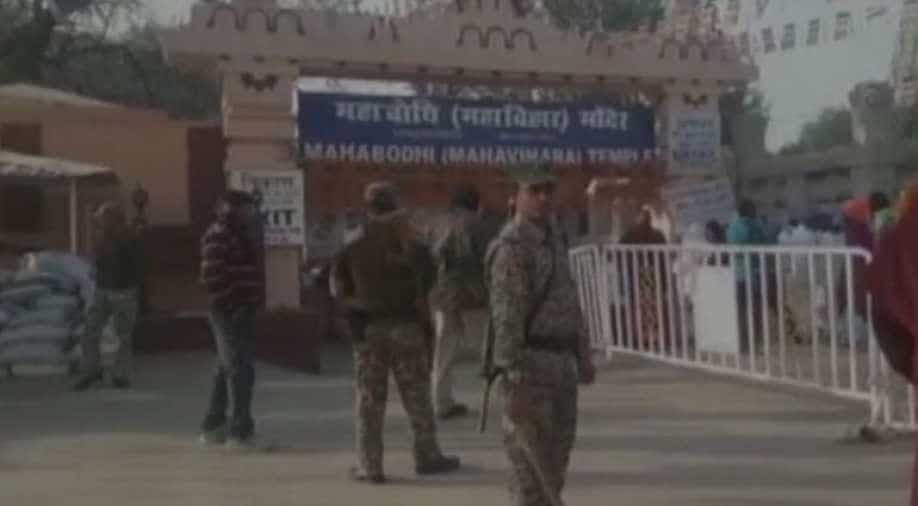 According to reports, the 57-year-old man had allegedly helped Jamaat-ul-Mujahideen Bangladesh (JMB) in procuring explosives that were used in the blast

According to reports, the 57-year-old man had allegedly helped Jamaat-ul-Mujahideen Bangladesh (JMB) in procuring explosives that were used in the blast.

All five accused in the 2013 Bodh Gaya bombings were found guilty by a special Patna court on May 25. The accused belonged to the terror group Indian Mujahideen.

The convicts were sentenced to life imprisonment by a National Investigative Agency (NIA) Special Court on June 1.

West Bengal: A 57-year-old man was arrested by Special Task Force of Kolkata Police from Bandel railway station this morning, in connection with Bihar's Bodh Gaya blast case this January.He had helped Jamaat-ul-Mujahideen Bangladesh (JMB) in procuring explosives used in the blast pic.twitter.com/Twb5lwLmHE

Umer Siddiqui, Azaharuddin Qureshi, Imtiyaz Ansari, Haider Ali, Mujibullah Ansari and a juvenile, all belonging to the Indian Mujahideen, were accused in the case.

Last year, a Juvenile Justice Board in Patna had convicted the juvenile and sentenced him to three years in connection with the Patna and Bodh Gaya blast cases. The accused juvenile was involved in the conspiracy of carrying out explosions in both the places.

The accused was also involved in Patna's Gandhi Maidan blast.

Maha Bodhi temple, situated in the holy city of Bodh Gaya, was jolted by a series of bomb blasts on July 7, 2013. Five people, including two Buddhist monks, were injured in the incident.

The temple assumes great significance to Buddhists owing to the belief that Lord Buddha attained enlightenment at the spot. The temple is also a UNESCO World Heritage Site.