Blog: 'Sanju' didn't decode the man, but it only idolised him 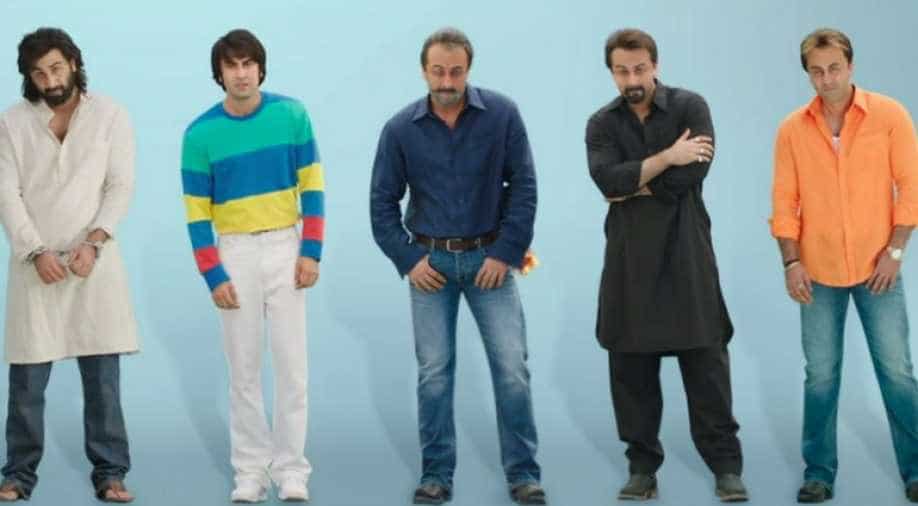 People make mistakes, Sanju too made his own mistakes but according to me, he was responsible for whatever happened in his life.

“Based on a True Story”, words which are used with almost every biopic, are enough to make Indian audience curious about a film. The same happened with me and I went to watch Sanju - the Ranbir Kapoor-starrer film based on actor Sanjay Dutt's life.

First, the euphoria and later the box office numbers led me to watch the film on the opening weekend.

The movie has great entertainment quotient but it's not a great biopic, just like other biopics made by the Hindi film industry in recent years.

Rajkumar Hirani is someone viewers look up to for unconventional content and different treatment of the subject.

I had a similar expectation with Sanju, but it didn't quite live up to it. It followed the tried and tested formula that biopics are non-controversial, and often worshipful. There is a dialogue in the film where Dutt's friend tells his father Sunil Dutt (role essayed by Paresh Rawal) that 'he is an ordinary person'. I thought the film will decode the man, will present his life like that of an ordinary man but instead it presented Sanjay Dutt in a manner where viewers were expected to idolise him, worship him.

It is all right to show vices of a person on whose life the film is being made.

In that aspect, Sanju showed Dutt's struggles with drugs and alcohol in great detail but the blame came on either situations or people around him.

For me, the protagonist was a weak man who was unable to bear the responsibility bestowed upon him, to come face-to-face with the reality that people will look up to him.

People make mistakes, Sanju too made his own mistakes but according to me, he was responsible for whatever happened in his life.

I find his father's struggle greater than Sanjay Dutt's. The legendary Sunil Dutt was a great man, a man of principles, but had to bear a lot because of his son. He put his entire life, his image at stake to pull his son out of doldrums. He was the pillar of strength in Sanju's life.

Personally, I am an admirer of Sunil Dutt aka Dutt saab's Urdu and politics. I think late Farookh Sheikh would have been the best option to play his character.

A biopic comprises the true events of a person's life, where the subject isn’t necessarily the ‘hero.’

Hindi cinema is unique in this manner, where the subject of a biopic almost always ends up to be a winner in the piece of art.

With the recent success of 'true story' films, all I can say is biopics are good business to hit gold on the box office and whitewash the image of the subject.