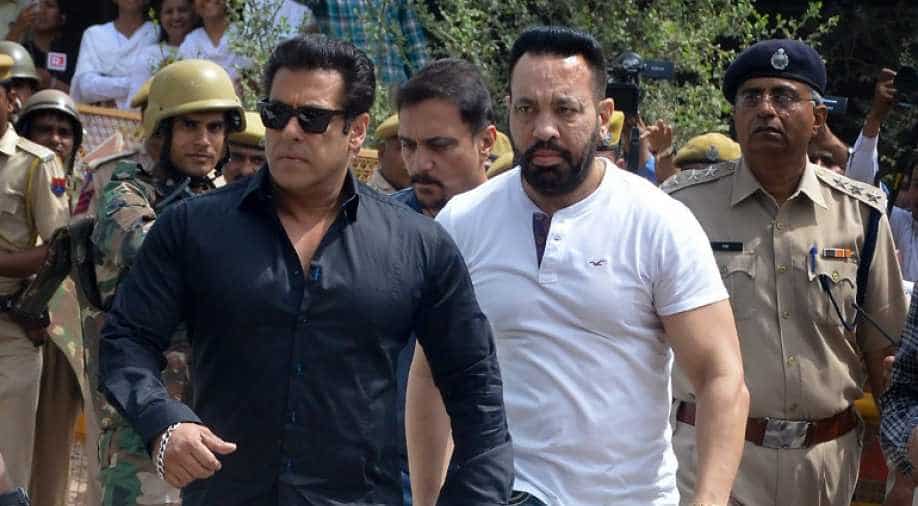 The Jodhpur District & Sessions Court on Monday set July 17 as the next date to hear actor Salman Khan's application challenging the trial court order sentencing him to a five-year jail term in the 1998 blackbuck poaching case.

Salman Khan reached Jodhpur on Sunday, 6 May for the hearing of his application before a sessions judge challenging the trial court order sentencing him to a five-year jail term in the 1998 blackbuck poaching case.

The application was listed for hearing on May 7 before Jodhpur District and Sessions Judge Chandra Kumar Songara, the actor's counsel Nishant Bora said.

He is accompanied by his sister Alvira, bodyguard Shera and some others, he said.

Khan was driven straight from the airport to a five-star hotel, the official said.

Khan was released from the Jodhpur jail, where he spent two nights, on 7 April, after then-District and Sessions Judge Ravindra Kumar Joshi granted him bail in the case.