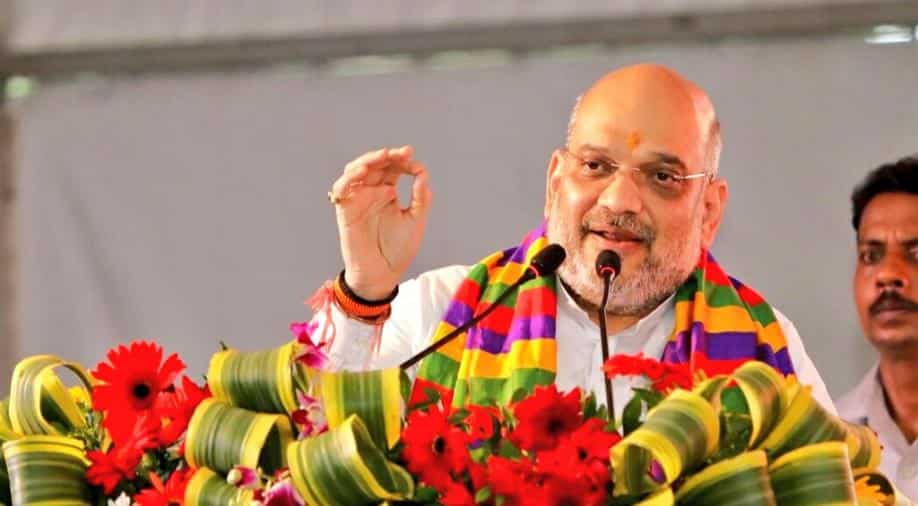 While the Congress promoted dynastic politics, making members of one family party presidents, the BJP gives importance to those who perform and work to push the country ahead, Shah said

The BJP transformed poll-bound Rajasthan from a 'BIMARU' to a developed state and would now make it prosperous, party president Amit Shah said here on Wednesday while predicting that his party would form a government with a full majority.

Taking on the Congress at a press conference here, he said the party was involved in negative politics, promoting casteism and appeasement.
The BJP, in contrast, practised the politics of development and got a good response, Shah told reporters on the last day of campaigning for the December 7 polls.

While the Congress promoted dynastic politics, making members of one family party presidents, the BJP gives importance to those who perform and work to push the country ahead, he said.

Referring to the violence in Bulandshahr, Uttar Pradesh, earlier this week, Shah said it would be unfair to give it a political colour. The Congress, he added, had made allegations but things would be clear after the Special Investigation Team report.

A police inspector and a young man were killed in mob violence that broke out after cow carcasses were found strewn in a jungle in the Uttar Pradesh district on Monday.

"The number of those who filed income tax doubled after demonetisation," the party president added.

The BJP conducted 15 roadshows and 222 big meetings in Rajasthan during its campaign for another term in office, he said.
The votes will be counted on December 11.