BJP should resign from Goa, other states where they have 'stolen majority': Goa Congress 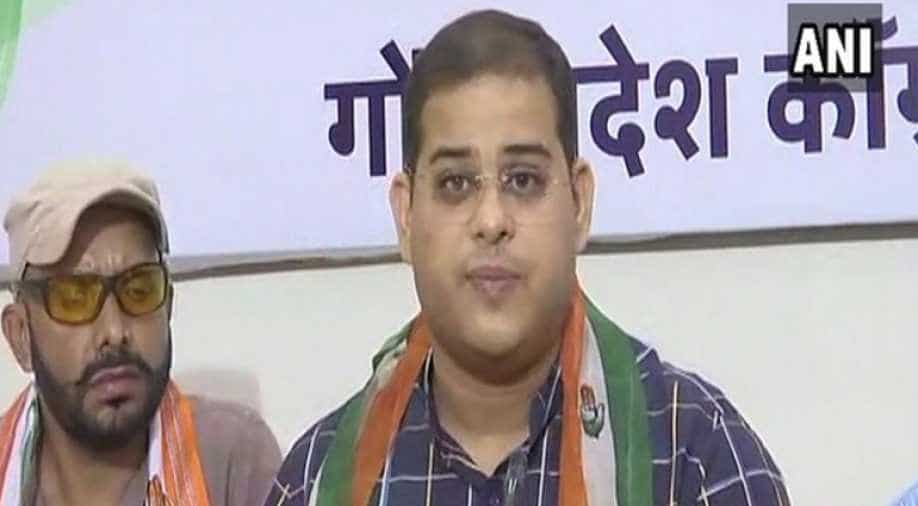 Goa Congress spokesperson Yatish Naik made the statement at a press conference in Panaji. Photograph:( ANI )

On Saturday, BS Yeddyurappa announced his resignation as chief minister of Karnataka ahead of the floor test that was scheduled for him to prove majority at the state assembly

Following the political drama in Karnataka, the Congress party on Saturday slammed the BJP government, stating that if they had any shame then they should resign from Goa and also from other states from where they had "stolen the majority".

"Just like what happened in Karnataka, if BJP government has any shame then they should forthwith resign from Goa and also from the other states from where they have stolen the majority," Goa Congress spokesperson Yatish Naik said at a press conference in Panaji.

The Congress's statement comes hours after former Member of Indian Parliament (MP) Sanjay Nirupam drew a parallel between Governor Vala and the loyalty of dogs.

Congress spokesperson Randeep Surjewala told ANI that the party did not support such statements and that unlike PM Modi, Rahul Gandhi and the Congress had regard even for their worst enemies.

"The Karnataka Governor murdered democracy. However, the Congress will not support any such statements. Rahul Gandhi and the Congress have regard even for their worst enemies, unlike Prime Minister Modi. Any statement made on him (Governor Vala) personally won't be accepted," Randeep Surjewala said.

On Saturday, BS Yeddyurappa announced his resignation as chief minister of Karnataka ahead of the floor test that was scheduled for him to prove majority at the state assembly.

Soon after, Sanjay Nirupam said, "Vajubhai Vala ji has established a new record of loyalty in this country. Perhaps, every man in this country will now name their dogs as Vajubhai Vala, because nobody can be more loyal than this."

"Today, democracy has won in the country. The people, who on the basis of their money and their ego, wanted to rule the world have lost today. This day will be remembered as the day when (Prime Minister) Modi and (Amit) Shah lost," he added.