BJP pro-Hindutva party, why would anybody prefer a clone: Arun Jaitley in Gujarat 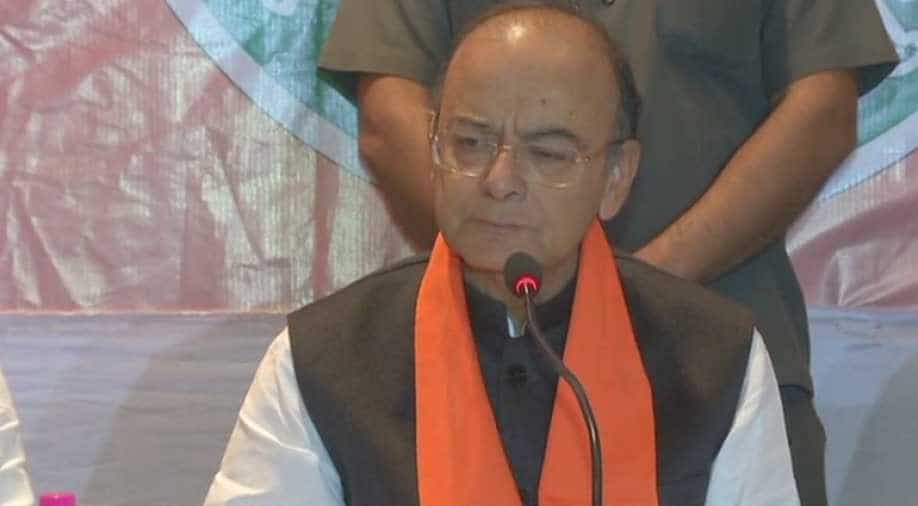 Finance Minister Arun Jaitley said Gujarat was a very important region for the BJP because the party had won from and served in the region for more than two decades. Photograph:(ANI)
Follow Us

In an indirect reference to the Congress, which was in power in the state during the Eighties, the finance minister said 'social polarisation was rampant' in the Gujarat back then

Finance minister Arun Jaitley today accused the Congress of corruption while it was in power at the centre, a lack of reforms and "social polarisation" in Gujarat during the Eighties.

The finance minister who was speaking in Surat, Gujarat ahead of the assembly elections in the state, said that the state was a "very important region for BJP because we have been winning and serving here more than two decades."

"BJP has always been seen as a pro-Hindutva party so if an original is available why one would prefer a clone?" he said.

In an indirect reference to the Congress, which was in power in the state during the Eighties, the finance minister said "social polarisation was rampant" in the Gujarat back then.

"The region got rid of that under BJP govt and we have been constantly trying to take it on the path to development," he added.

Arun Jaitley also accused the Congress-led UPA government as being the "most corrupt government we have ever seen" and as one which was "leaderless".

"The 10 years of governance before Modi Ji's govt was the most corrupt govt we have ever seen. It was a leaderless govt. It was said that the then PM is a PM in office but not in power," the finance minister said.

In an indirect reference to the Congress, Mr Jaitley alleged that foreign investments had "completely stopped at a point in India."

"Foreign Investments had completely stopped at a point in India. Today we have come up by 42 positions in the World ranking of Ease of doing business," he said.

The finance minister said the reforms undertaken in the Nineties were taken "under compulsion" but were being undertaken "by conviction by the PM Modi-led BJP government.

"In 1990s the reforms were taken under compulsion but the government under PM Modi is undertaking the reforms by conviction," Arun Jaitley said.

The finance minister also alleged that the Congress was becoming "extinct".

"While BJP has maintained its credibility, Congress is slowly becoming extinct," he said.

About the tampering of Electronic Voting Machines (EVMs), he said, "The results (Gujarat Assembly Elections) haven't been out yet and they have already started making excuses for their defeat.: Finance Minister Arun Jaitley on EVM tampering

Asked about the controversy around the Sanjay Leela Bhansali-directed film "Padmavati", Arun Jaitley said it was up to the censor board to take a decision on the film's release.

"It's a matter of Censor Board. Let them take a decision," he said.