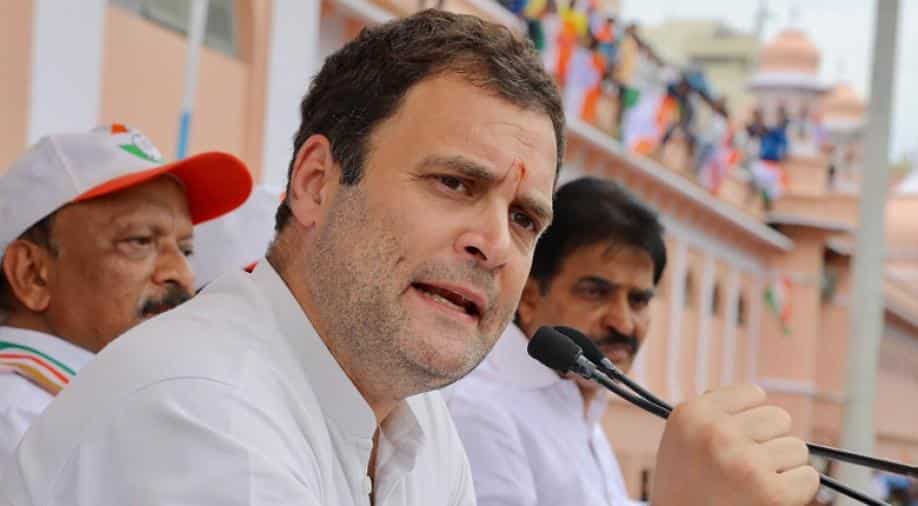 PM Modi in his final address to Karnataka voters through the Namo app had said people from SC/ST were joining the BJP in "huge numbers".

As political temperature rises on last day of campaigning in Karnataka, Congress president addressing a press conference at Bengaluru with chief minister Siddaramaiah, said that PM Modi has been silent about atrocities against Dalits.

Enjoyed meeting the regional & national press today in Bengaluru. We had a packed house! I’m sorry not everyone got a chance to ask a question due to the paucity of time.

But, unlike our PM who hasn’t had a press conference in 4 yrs., I will be doing many more of these! pic.twitter.com/tzNVHVLXdu

"This election is not about Rahul Gandhi but on Karnataka," he added.

"PM Modi is silent on atrocities against Dalits," he said. Taking a potshot at the prime minister, Rahul said Modi has anger towards everyone.

PM Modi in his final address to Karnataka voters through the Namo app had said people from SC/ST were joining the BJP in "huge numbers".

"The BJP is working for the upliftment of the Dalits," he said. "Tribal people are supporting our development plans," he informed voters in Karnataka.

The Congress president said the BJP is doing nothing for farmers. "BJP does not understand the meaning of 'Hindu'," he said.

On Congress's CM face Siddaramaiah, Rahul said there is no comparison between Yeddyurappa and Siddaramaiah, declaring that the ex-Karnataka CM has been to prison over corruption charges.

"We campaigned on the voice of the people and on fundamental issues in Karnataka," he said.

On the incidents of horrific rape in the country, he said, "rapes are absolutely a political issue."

Talking about India's relations with China, Rahul said Doklam was not brought up during Modi-Xi meet recently at Wuhan. "I can see changes in Russia's policy towards India," he noted.