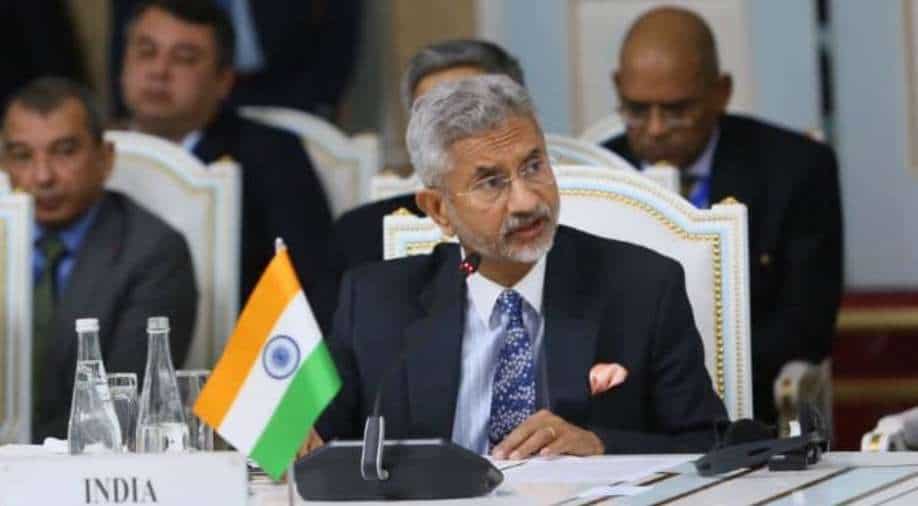 BIMSTEC, or Bay of Bengal Initiative for Multi-Sectoral Technical and Economic Cooperation, is more than 20 years old and has seven members--India, Nepal, Bhutan, Bangladesh, Myanmar, Thailand and Sri Lanka

India's External Affairs Minister Dr S Jaishankar has called BIMSTEC a "promising sub-regional grouping", as the Indian side raised issues of connectivity, security and disaster management at a virtual meeting of its foreign ministers.

BIMSTEC, or Bay of Bengal Initiative for Multi-Sectoral Technical and Economic Cooperation, is more than 20 years old, and has seven members--India, Nepal, Bhutan, Bangladesh, Myanmar, Thailand and Sri Lanka.

At the meet hosted by BIMSTEC Chair Sri Lanka, Jaishankar said, "Robust connectivity is an essential pre-requisite for economic integration of the region with smooth cross-border movement of people and goods. The grouping is working on finalising the BIMSTEC Coastal Shipping Agreement and the Motor Vehicles Agreement to smoothen the connectivity."

The group has finalised BIMSTEC Master Plan for Transport Connectivity, which will be adopted at the fifth BIMSTEC Summit that is expected to happen later this year in Sri Lanka.

EAM termed the finalisation of the master plan as an "important step towards fulfilling the aspirations of the people of our region for better connectivity and integration."

On security issue, Jaishankar said, "Development and prosperity go hand in hand with peace and security. We face both traditional and non-traditional security challenges".

National security advisers of BIMSTEC  countries have met thrice since 2017 and plans are afoot to increase cooperation.  Similarly on disaster management, Jaishankar pointed out that the BIMSTEC Centre for Weather and Climate, being hosted in India, is "fully functional with the state-of-the-art facilities to provide disaster early warnings."

India plans to invite all BIMSTEC countries for International Buddhist Conclave it will be hosting later this year. New Delhi has been keen on the grouping, since SAARC has been dysfunctional because of Pakistan's approach.

In 2019, during the oathtaking ceremony of Indian Prime Minister Narendra Modi for the second term, all the heads of governments/states of BIMSTEC grouping were present.