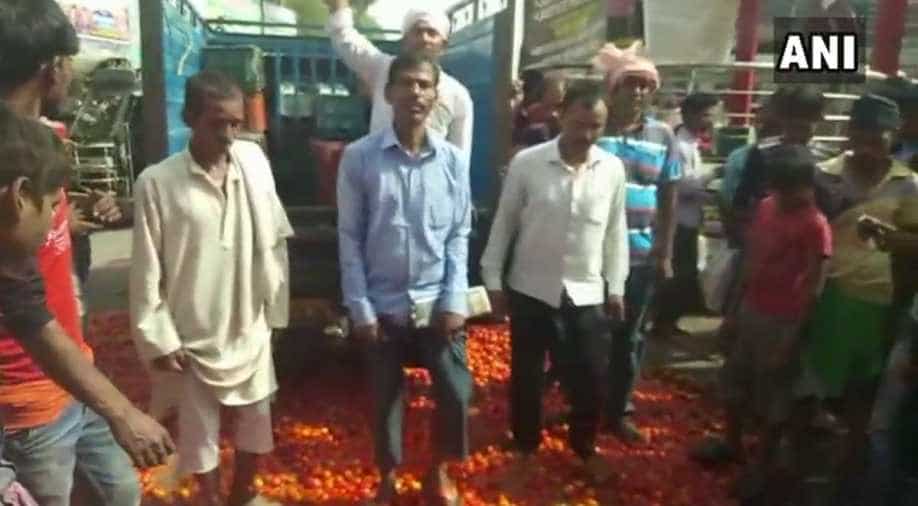 Farmers in Bihar's Rohtas on Sunday dumped tomatoes on roads and ran vehicles over them in a bid to protest over insufficient profits from the produce.

Farmers stated that they hardly earn the profit and did not get fair and adequate prices from the produced tomatoes.

The farmers said that they are not even getting wholesale rate of Rs&nbsp1 per kilogram for tomatoes and whereas the cost to bring tomatoes to the market comes at Rs&nbsp2 per kilogram.

Rohtas based farmers threw away tomatoes on road & ran a vehicle over them alleging they didn't get fair and adequate prices for the product in the market said, 'we haven't even met our expenses & that's why we are protesting on road' #Bihar pic.twitter.com/nYCqwyyUxJ

A farmer said, "I spent Rs. 50000 per acre to produce tomatoes and now I am not even getting Rs. 500 for tomatoes produced in an acre. We don't have any other option left than destroying tomatoes here only."

To register their protest, the farmers spilled tomatoes on road near Post Office square and ran their tractor trolleys over it. Some of them were seen crushing tomatoes with their feet.