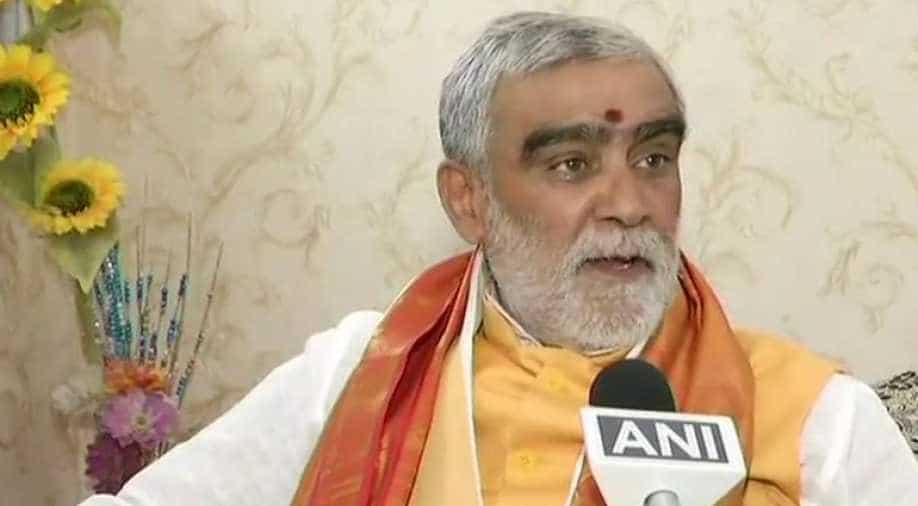 A court in Bhagalpur has issued arrest warrants against Union minister Ashwini Kumar Choubey's son Arijit Shashwat and eight others for allegedly inciting communal violence in the district last week.

Additional Chief Judicial Magistrate (ACJM) Anjani Kumar Srivastava issued the warrants on Saturday on an application filed by the Nathnagar police, seeking the arrest of the nine persons, who were named in one of the two FIRs lodged in this connection.

Bhagalpur Senior Superintendent of Police Manoj Kumar said the police had received the copy of the court's order and all the accused would be arrested soon.

Another top official said the police took strict action in cases that are communal in nature.

"We take strict action in cases that are communal in nature. We have received a warrant of arrest in one case and we are awaiting the same in the second case," SK Singh, Additional Director General of Police said about the arrest warrant released by the court against Arijit Shashwat.

Arijit's father and union minister of state for health and family welfare Ashwini Kumar Choubey said his son had not done anything wrong.

My son has not done anything dirty. The FIR is a lie. Why should he surrender on its basis? Arijit is not hiding anywhere. He had even gone to his village today and even performed an aarti of Lord Ram," Ashwini Choubey said about the arrest warrant against his son.

Arijit has been named in the FIR for taking out a procession without prior permission from the administration in Bhagalpur on March 17.

The procession, which was was taken out by the Bharatiya Nav Varsh Jagran Samiti on the eve of the Hindu new year, had triggered communal tension in the Champa Nagar area under the Nathnagar police station in the district. A few people, including two policemen, were injured in the incident.

The RJD and the Congress had disrupted the functioning of the Bihar Assembly last week, seeking the arrest of the culprits.