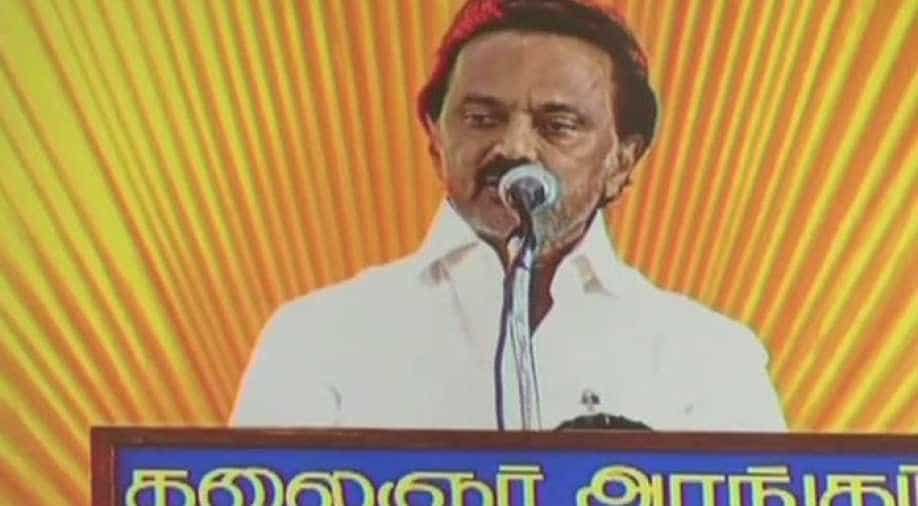 The proposed eight-lane expressway, approved in February 2018, was aimed at cutting down travel time between Chennai and Salem.

Tamil Nadu's opposition party, the DMK, lashed out at the AIADMK government which approached the Supreme Court on Friday against the Madras High Court order quashing land acquisition proceedings for the Rs 10,000 crore Chennai-Salem eight-lane expressway.

"The AIADMK-BJP coalition which faced a rout in Tamil Nadu was betraying the people after being angered and humiliated by their debacle in the state," Stalin said.

He also accused Chief Minister Edappadi K Palaniswami of going back on his poll promise of not implementing projects that would affect the farmers in Tamil Nadu.

Stalin also urged the government to withdraw their petition to the Supreme Court and look for an alternative route to implement the developmental project in a manner that would not affect the farmers.

In its April 8 judgement, the high court said that the project requires a mega re-alignment as the proposed route would have an adverse effect on the environment, including water bodies. The judgement was passed by the court after considering a batch of petitions filed by 35 land owners from the region and PMK leader Anbumani Ramadoss.

The proposed eight-lane 277-km-long expressway, approved in February 2018, was aimed at cutting down travel time between Chennai and Salem by a little over two hours and reducing the distance by around 68 kilometres. As per the project report, it was to pass via five districts of Tamil Nanu namely Kanchipuram, Tiruvannamalai, Krishnagiri, Dharmapuri and Salem.

However, the project faced protests from various groups on the grounds that it could end up utilising over 7,500 acres of land. Some of this includes agricultural land, villages, orchards, and reserve forests. Land acquisition and compensation for the same were major roadblocks. They were of the opinion that this project would not be necessary as there are three highways currently connecting the state's capital city with Salem.

While the AIADMK government was keen on having this project implemented, the DMK stood with the protesters and also said that they were against its implementation.

A Supreme Court bench of Justices M R Shah and A S Bopanna agreed to take up the matter on plea for an urgent hearing made by the counsel appearing for the state government. The petition will be heard on June 3.