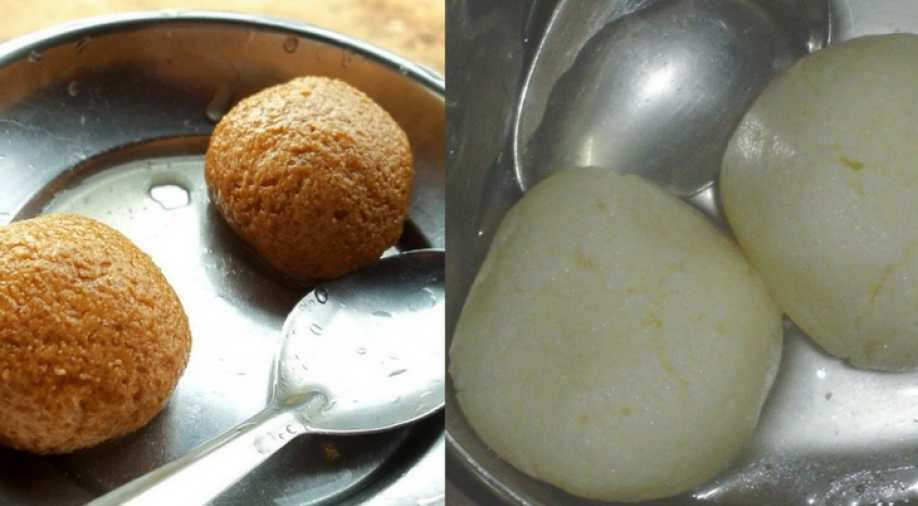 Pahala rasagolas from Odisha and Bengali rasgullas Photograph:( Others )

The legal battle between Bengal and Odisha over Rosogolla finally came to an end after Geographical Identification registration was given to West Bengal.

The two states, Bengal and Odisha, had entered the fray to stake their claim on the dessert for far too long.

According to reports, they provided all documents claiming that Rosogolla was their discovery, however after months of legal battle and referring to history, the GI tag was given to Bengal.

Also read: How Bengal won the 'Rosogolla war' over Orissa

Dhiman Das, Executive director of K C Das Ltd and great-grandson of Nabin Ch Das who is said to have invented Rosogolla told media that, “We are all so happy. It was a bitter fight. We provided documents to prove our claim that Rosogolla originated from Bengal. We also thank our chief minister, who after seeing media reports asked the government to apply for GI registration.”

“We presented a lot of historic documents to prove that Rosogolla originated in Bengal. Odisha too tried their best," Das added.

Sudip Mullick, Proprietor of Balaram Mullick and Radharaman Mullick expressed his happiness saying "This is a great news. all of us who deal with sweets have been fighting for this along with the state government. We were surprised when Odisha laid claim to our Rosogolla. Rosogolla is synonymous to Bengalis and now it is proved.”

GI authentication is a name or sign used on certain products which correspond to a specific geographical location or origin which may act as a certification that the product possesses certain qualities, is made according to traditional methods, or enjoys a certain reputation, due to its geographical origin.

Ever since both the governments asked for a Geographical Indication in 2015, the sweet had found itself at the centre of an interesting tug of war with West Bengal claiming it was invented by a Calcutta confectioner Nabin Chandra Das also known as the “Columbus of Rossogolla”.

Odisha said the sweet item was invented in the holy city of Puri way back in the 13th century, however, Bengal won the "battle for Rosogolla".