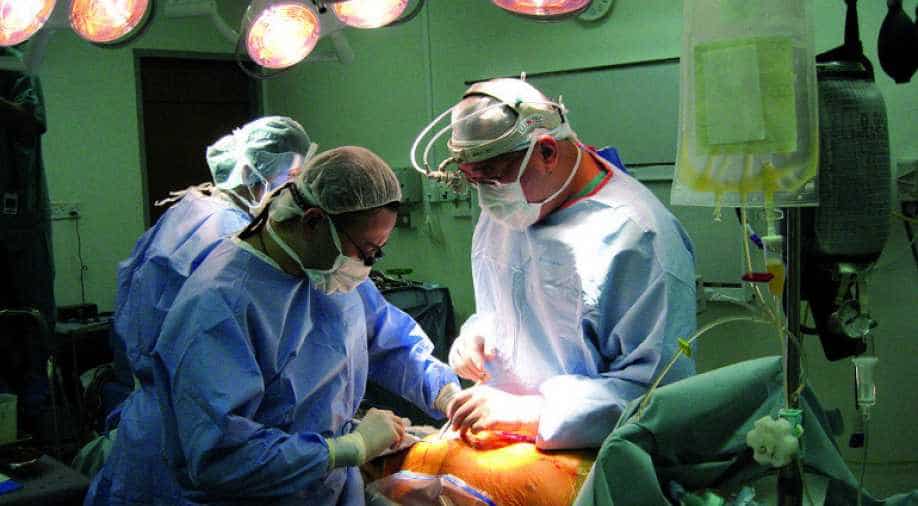 The liver transplant was successful and by the fifth day after the surgery, his encephalopathy had improved. The boy started speaking. (Image source: Flickr) Photograph:( Others )

A two-year-and-11-month-old boy from Bangladesh, who was suffering from acute liver failure, got a new lease of life after undergoing a liver transplant at a private hospital here.

Aman Jawad Uddin was detected with jaundice at the end of August which progressively worsened leading to vomiting and irritability. He was admitted to a hospital in Dhaka on September 11.

The boy was diagnosed with acute liver failure due to Hepatitis A. His condition deteriorated to such an extent that he developed coagulopathy (prothrombin time increased to 70 seconds while normal is 13 seconds) and went into coma.

The family was told that the child needed an urgent liver transplant.

Indraprastha Apollo Hospitals in Delhi was contacted and the boy was flown to Delhi on September 20, a hospital official said, adding after assessment, a decision to conduct emergency liver transplant was taken.

"Treatment was initiated to protect the boy's brain from cerebral edema. His mother Tanjim Raha's liver was found to be appropriate for donation and 36 hours after arrival, the child underwent a liver transplant," said Dr Anupam Sibal, Group Medical Director of Apollo Hospitals Group said.

The liver transplant was successful and by the fifth day after the surgery, his encephalopathy had improved. The boy started speaking, the doctor said.

"It was a very critical case because the child was already in stage three Hepatic Encephalopathy.This meant that his liver was not removing the toxins from his body which were damaging his brain function," Dr Sibal said.

Aman's clotting was severely damaged and that was an extra challenge."

"With his condition deteriorating fast, an emergency liver transplantation was the only treatment to save the life of the boy. We were very happy that Aman made a remarkable recovery and he was discharged in three weeks," Dr. Sibal said.