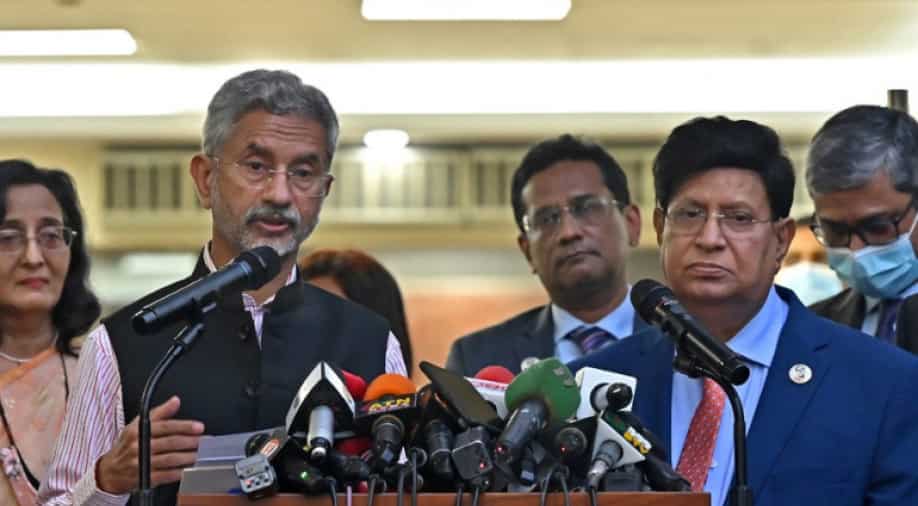 Bangladesh foreign minister (FM) AK Abdul Momen will be on a Delhi visit next week for the Joint Consultative Commission (JCC) meeting. The JCC is expected to happen on or around 18th June. The meet will be co-chaired by both the foreign ministers and focus on issues like connectivity, post-Covid issues, etc.

Last month the Bangladeshi foreign minister was in the North-eastern state of Assam's Guwahati for the Natural Allies in Development and Interdependence (NADI) Asian Confluence River Conclave 2022 which was inaugurated by EAM Jaishankar. In Guwahati, during EAM Jaishankar & FM Momen's meet, the latter had sought suggestions to import crude oil from Russia without the worry over sanctions.

New Delhi has invested a lot in its relationship with Dhaka, which both sides have been eager to point out as the "golden era" or "Sonali Adhyay" in ties. EAM Jaishankar was in Dhaka in April, as last year both Indian president and prime ministers were in the country despite the Covid crisis to attend the 50 years of diplomatic relation of Bangladesh, while also commemorating the birth centenary of Bangladesh Sheikh Mujibur Rahman. Later this year Bangladesh PM Hasina is expected to be in Delhi.

One of the key pillars in the relationship has been connectivity. Both India and Bangladesh aim to revive all pre-1965 rail links. As of now, five links connecting West Bengal with Bangladesh have been made operational which include Petrapole (India) - Benapole (Bangladesh), Gede (India) - Darshana (Bangladesh), Singhabad (India) Rohanpur (Bangladesh), Radhikapur (India) - Birol (Bangladesh) with Haldibari-Chilahati forming the 5th such link.

Inside Bangladesh, India is collaborating on a series of road projects, including improving the Ashuganj River Port-Akhaura Land Port Road under an LoC of more than US$ 400 million. The road project connecting Baruerhat to Ramgarh on the India-Bangladesh border, which will increase Tripura’s Road connectivity with Bangladesh. Negotiations are also underway to operationalise the BBIN Motor Vehicle Agreement to ensure seamless vehicular movement.