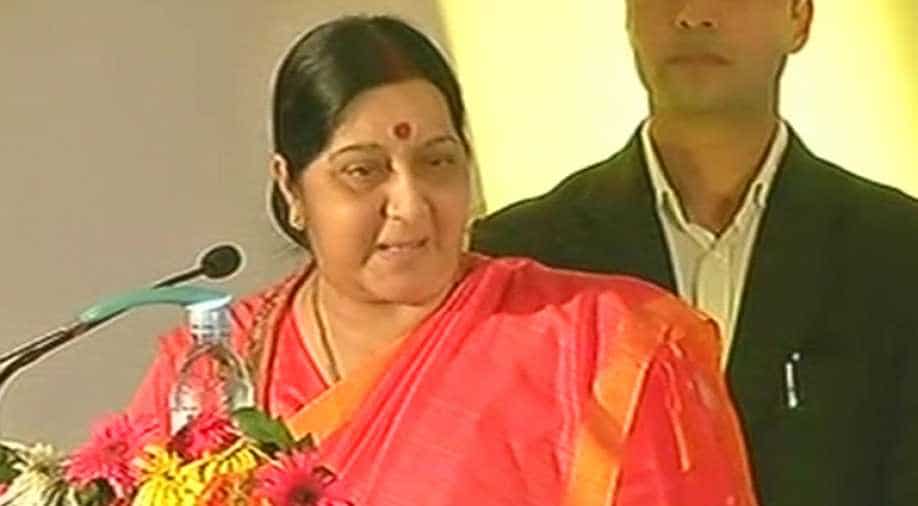 External affairs minister Sushma Swaraj today inaugurated a new chancery complex of the Indian High Commission in Dhaka on the last day of her Bangladesh visit.

"There exist a couple of issues which are yet unresolved between us (India-Afghanistan), but we assure that both are attempting to solve them with honesty," she added.

Swaraj said at the function that the relations between the neighbours are now outstanding and that both countries are working to resolve these irritants in the spirit of "friendly and with right intention".

She assured that both the countries will solve all irritants with sincerity. Sushma Swaraj also referred to the peaceful solution of the land as well as maritime boundary issues.???????

She also inaugurated 15 development projects in Bangladesh which are being funded by the government of India.

The external affairs minister lit a candle to mark the opening of a new complex of the High Commission at Dhaka's Baridhara diplomatic enclave which was previously being operated from a house in Gulshan area of the city.

Swaraj is on her two-day-visit to Bangladesh, the second visit after 2014, which she will wrap up today.