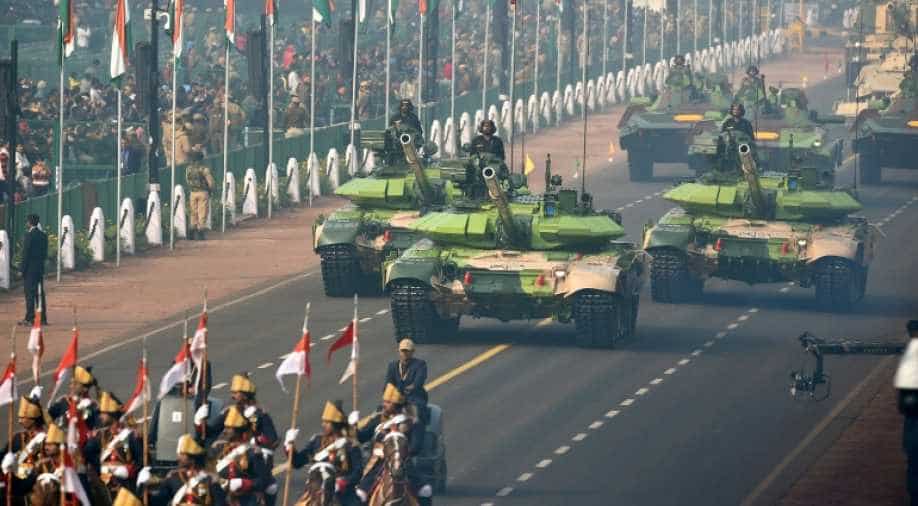 This step is being seen to boost the Domestic manufacturers and save crores of money which the country spent in purchasing arms and ammunition.

Defense minister Rajnath Singh on Sunday came out with the list of 101 items that will not be imported from any other countries now onwards. The list includes several small and big items which now GOI feels that those can be manufactured by the domestic manufactures to fulfill the requirement of armed forces.

Minister said the embargo on imports would be progressively implemented between 2020 and 2024 and "Our aim is to apprise the Indian defence industry about the anticipated requirements of the armed forces so that they are better prepared to realize the goal of indigenization".

This step is being seen to boost the Domestic manufacturers and save crores of money which the country spent in purchasing arms and ammunition. India does share its borders with the nasty neighbors hence proper modernization of armed forces can't be ignored. Going the GOI data India's total this year's defense budget was 4,71,378 crore (US$ 66.9 billion) out of which more than 55% to 60% of its budget assigned is spent on its import which is close to US$ 47billion and rests 40% to 45% on items produced in-country.

Going by the Defense minister statement It is estimated that contracts worth almost Rs 4 lakh crore will be placed upon the domestic industry within the next 6 to 7 years and Of these, items worth almost Rs 1, 30,000 crore each are likely to be procured for the Army and the Air Force, while the figure for the Navy is almost Rs 1, 40,000 crore.

There is also a state of confusion in the domestic players as Items that are mentioned in the negative list of Defence Ministry show that many of the items are already manufactured in India and have not been imported for a long time including a number of naval vessels and systems. Therefore many manufactures are waiting for the final details to come out so that they can get the idea of how India’s new procurement process will work.

In the past five years, India became the world’s top-ranking purchaser of major arms by volume with its neighbour Pakistan ranking 11th. “As in previous years, in 2019 India and Pakistan—which are nuclear-armed states—attacked each other using an array of imported major arms,” said Siemon T. Wezeman, Senior Researcher at SIPRI.

70% of India’s arms purchases over the past five years were from Russia, which has traditionally been India’s top arms provider. Another 12% of India’s arms imports came from the United States and 7% from Israel.

The United States is pushing hard to make more sales to India.

India has set its targets to export $5 billion worth of military hardware in next 5 years, which cannot be achieved unless the country becomes self-reliant in the defense manufacturing sector. Minister of State for Defence, Shripad Naik, in a written reply to Rajya Sabha in year February, informed that India exports defense pieces of equipment to 42 countries to those who are big names in the export market like the US, Australia, Finland, France, Germany, Israel, South Africa, and Sweden.

According to the Department of defence production, About 50 Indian companies in the private sector have contributed to defence exports. Some of the major export destinations for defence products have been Italy, Maldives, Sri Lanka, Russia, France, Nepal, Mauritius, Sri Lanka, Israel, Egypt, UAE, Bhutan, Ethiopia, Saudi Arabia, Philippines, Poland, Spain and Chile etc.

Going by the report released in April this year by the Stockholm International Peace Research Institute (Sipri) India was the third-biggest military spender in the world last year after the United States and China and second-biggest arms importer followed by Saudi Arabia.

The negative tag of the biggest arms importer can also be seen as misleading because no other country with such large military size imports in the way India does. United States, Russia, France, Germany and China are the largest arms exporter which have similar armed force.