Bad time to be a job seeker in India, unemployment rate highest in 4 months 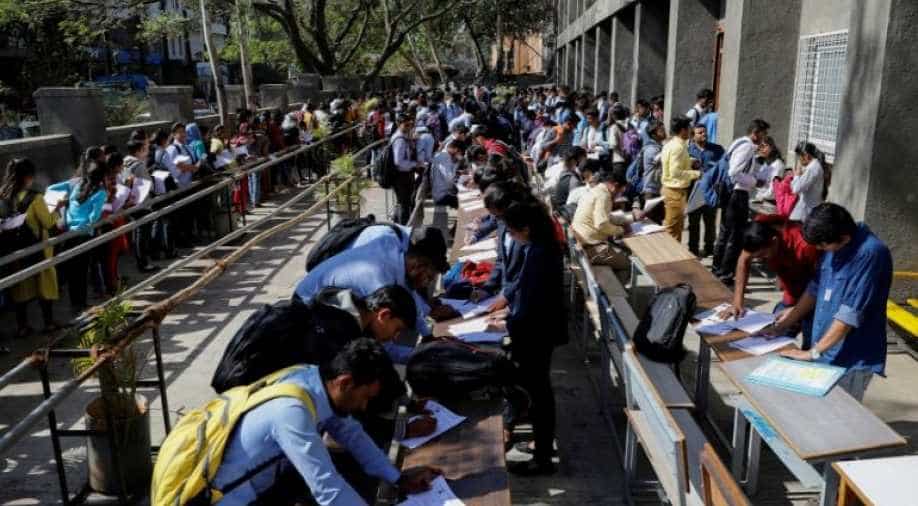 Analysts predict further deceleration as the coronavirus outbreak stifles growth globally.India has been plagued by a dismal job market for quite some time now.

India’s unemployment rate rises to 7.78 per cent in February, the highest in 4 months. Data released by the centre for monitoring Indian economy or Centre for Monitoring Indian Economy (CMIE) reveals India's economy expanded at its slowest pace in more than six years in the last three months of 2019.

Analysts predict further deceleration as the coronavirus outbreak stifles growth globally.India has been plagued by a dismal job market for quite some time now.

And according to a Mumbai-based think-tank. Unemployment in India is now at a 4-month high.In January, the unemployment rate stood at 7.16 per cent. But this figure shot up to 7.78 per cent by the end of February.

A closer look at these numbers reveals a worrying trend. There has been a massive spike in the unemployment rate in rural India.

From close to 6 per cent in January. Unemployment increased to 7.4 per cent in rural areas. The exact opposite happened in urban India. Where it fell from 9.7 to 8.7 per cent.

This paints a worrying picture about the deepening urban-rural divide in India. The report also highlights the sluggish pace at which the Indian economy is growing.

In the last 3 months of 2019, India's growth rate was at a 6-year low. And with the coronavirus outbreak now cropping up in India. Chances are the economic slowdown will continue.