B S Yeddyurappa: Karnataka's Lingayat strongman BJP is pinning its hope on 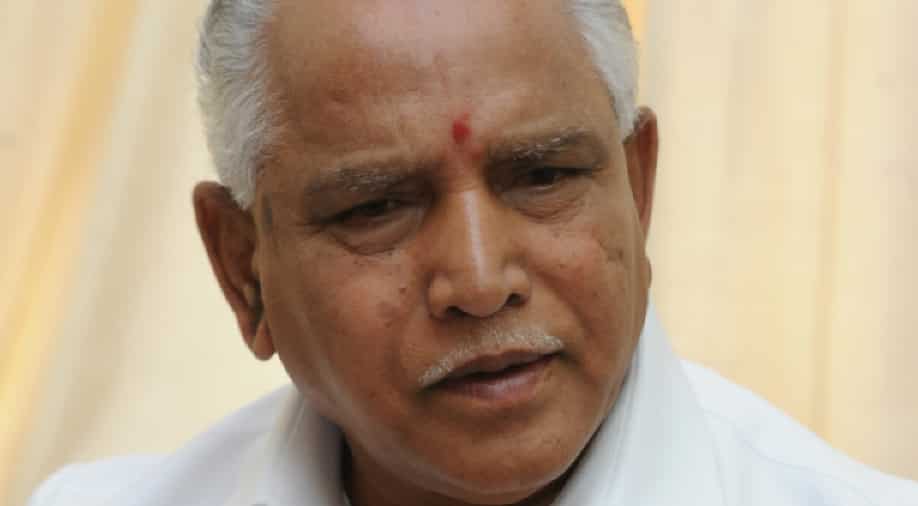 Bookanakere Siddalingappa Yeddyurappa, born on February 27, 1943, has made a strong stand for himself over the years. He was Karnataka's 19th chief minister, the current president of Karnataka BJP and is now ready to contest in the upcoming Karnataka election as the party's chief ministerial candidate.

He became the Chief Minister of Karnataka after leading the BJP to a victory in the 2008 assembly elections. A seven-time member of the Karnataka Assembly, he represents the Shimoga constituency in the Lok Sabha.

Yeddyurappa's political career began in Shikaripura at the taluk level (an administrative division) of the Jan Sangh (BJP traces its roots to the Jan Sangh) - of which he later became the president - during his college days in 1970 and he assiduously worked his way up. Yeddyurappa's official website says he was 15 when he joined the Sangh. He was imprisoned for 45 days during the Emergency in India and lodged in Bellary and Shimoga jails.

Though born in Mandya district, Yeddyurappa made Shimoga his political base and entered the assembly for the first time from Shikaripura in that district in 1983. He has been representing the constituency since then, losing only once in 1999.

Yeddyurappa once made a deal with Janata Dal (Secular) leader H D Kumaraswmy to bring down Dharam Singh-led Congress government in the state in 2006. The agreement between the two leaders was that Kumarasway will be the chief minister for first 20 months, and Yeddyurappa for rest of the period. But Kumaraswamy went back on his words and in the ensuing feud, Yeddyurappa could become the chief minister only for seven days.

It was only in the 2008 that his dream of helming the state affairs were realised. Yeddyurappa gave BJP a victory - and its first government in south - in the assembly elections in Karnataka and became the chief minister in May, 2008. Seventy five-year-old Yeddyurappa is the tallest Lingayat leader in Karnataka - one of the powerful communities in the state - and the BJP is banking on him to garner a sizeable chunk of Lingayat votes in the coming state elections.

A farmer's son, Yeddyuruppa has had a few ups and down during his journey as a regional stalwart, the most prominent one being his decision to quit the BJP in 2011 after he was caught in an illegal mining case. The allegations were that he made profit from illegal land deals in Bengaluru and Shimoga, and was also involved in the illegal iron ore export scam in Bellary, Tumkur and Chitradurga districts of Karnataka.

He resigned from his position as MLA and primary membership of BJP, and formally launched the Karnataka Janata Paksha in 2012. In November 2013, it was announced that he was considering an unconditional return to the BJP. On January 2, 2014, he announced merger with BJP ahead of the Lok Sabha elections. He won from the Shimoga seat of Karnataka in the general election by a margin of 3,63,305 votes.

In 2016, BJP re-appointed Yeddyurappa as president of its Karnataka unit.

Yeddyurappa is an arts graduate and has been a farmer and a clerk. He has three daughters - Arunadevi, Padmavati and Umadevi - and two sons. His wife Maithra Devi died in 2004.