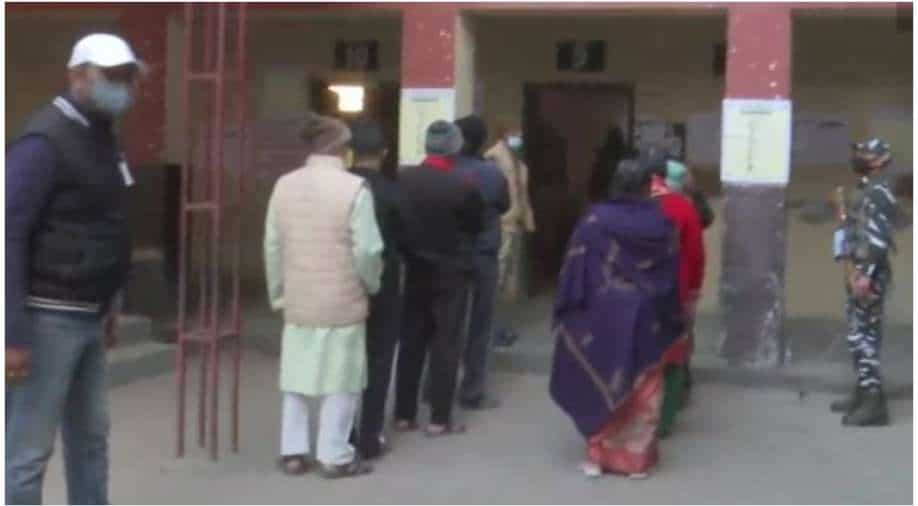 Polling on all Assembly seats in Punjab and 59 constituencies for the third phase of Uttar Pradesh elections began at 7 am on Sunday.

In Punjab, over 2.14 crore voters will decide the fate of 1304 candidates in the fray from 117 constituencies. The state is witnessing a multi-corner contest this time with Congress, Aam Aadmi Party (AAP), Shiromani Akali Dal-Bahujan Samaj Party alliance, and the coalition of Bharatiya Janata Party-former chief minister Amarinder Singh`s Punjab Lok Congress party as key players.

The BJP has pitted its Punjab unit chief Ashwani Kumar Sharma from the Pathankot constituency.In the third phase of Uttar Pradesh polls, 59 assembly seats across 16 districts are going to the polls on Sunday. As many as 627 candidates are in the fray. Over 2.16 crore voters are eligible to exercise their franchise at 25,794 polling places and 15,557 polling stations in the third phase of Assembly elections.Among the key constituencies where polling began today include Karhal where former chief minister and Samajwadi Party chief Akhilesh Yadav is contesting his maiden Assembly election.

The BJP has pitted Union Minister of State in the Ministry of Law and Justice Satya Pal Singh Baghel against Akhilesh Yadav.Akhilesh`s uncle and Pragatisheel Samajwadi Party (Lohia) supremo Shivpal Singh Yadav is contesting from Jaswantnagar seat.Elections in Uttar Pradesh are being held in seven phases and will conclude on March 7. Besides UP, polling for assembly elections in Goa and Uttarakhand has recently concluded. Manipur will go to the polls in two phases- on February 28 and March 5. The counting of votes in Uttar Pradesh, Goa, Uttarakhand, Punjab and Manipur will take place on March 10.