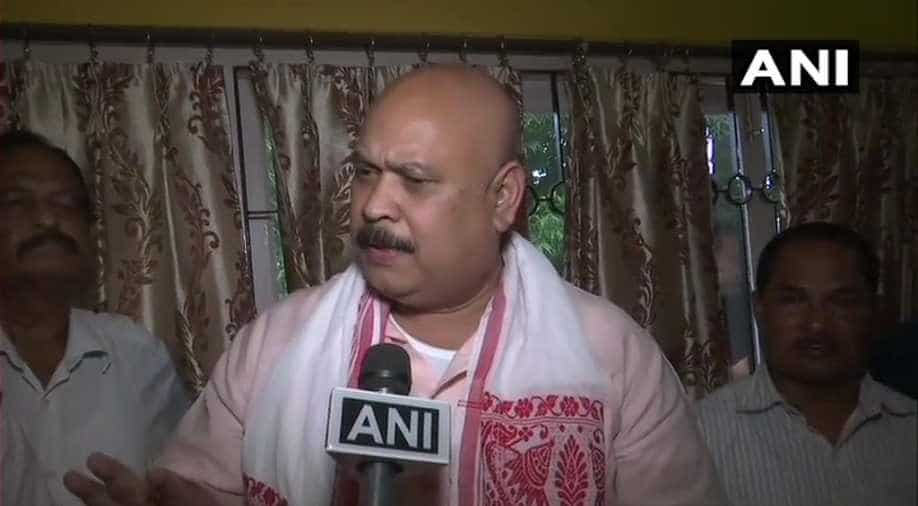 Assam Trinamool Congress (TMC) president Dwipen Pathak and two other party leaders resigned on Thursday in protest against party supremo Mamata Banerjee's opposition to the final draft of the NRC, which has evoked a sharp reaction from different parties and organisations in the state, news agency PTI reported.

Pathak's resignation came within hours of a TMC delegation arriving at the Silchar airport in the Bengali-dominated Barak valley at Banerjee's instructions and being stopped from exiting it by the police.

The ruling BJP, as well as other parties in Assam, said the TMC had no existence in the Barak valley, the report added.

Pathak, a former MLA from Hajo, told reporters here that he had apprised the party leaders of the "ground realities" in Assam after the publication of the final draft of the National Register of Citizens (NRC) and urged Banerjee not to send the delegation to the north-eastern state now.

"The party did not pay heed to my suggestion and refused to understand the ground situation here. In this backdrop, it is not possible for me to remain in a party that does not value the Assamese sentiment," Pathak, who was a TMC MLA from 2011 to 2016, said.

Two more TMC members -- Pradip Pachani of Sibsagar and Diganta Saikia of Golaghat -- too resigned, saying they could not remain members of a party that wanted to compromise the identity of the indigenous Assamese people.

Saikia also threatened to file a case against Banerjee for taking an anti-Assamese stand.

The TMC delegation that arrived at Silchar had to return from the Kumbhirgram airport as the district administration did not allow the party leaders to enter the town, where prohibitory orders under Section 144, CrPC are in force since last night.