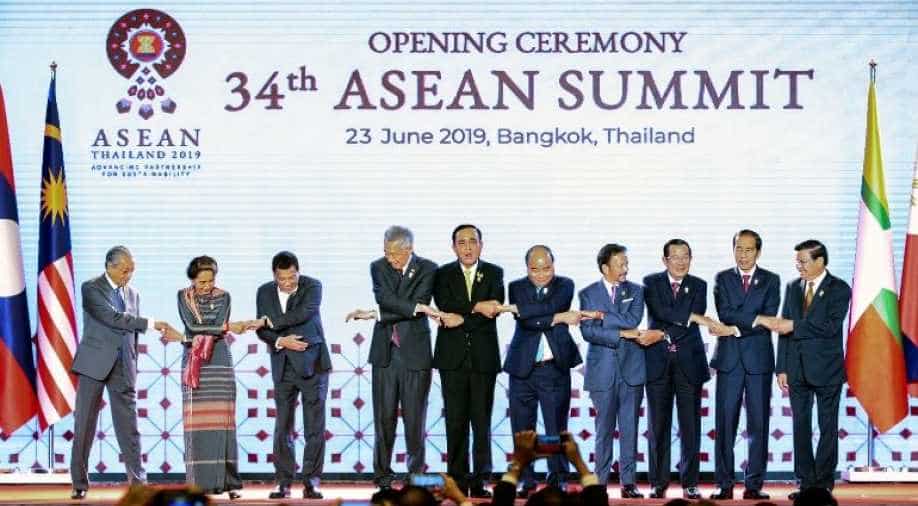 India has been the supporter of the concept with PM Modi giving New Delhi's vision for it twice - once at the Maldivian Parliament earlier this month, then last month at the Shangri La Dialogue.

The leaders at the 34th ASEAN Summit, that took place in Thailand on Saturday, acknowledged Indo-Pacific region as a concept for dialogue and cooperation.

They offered "ASEAN Centrality" as means of engagement with all stakeholders in Indo–Pacific from the groupings such as BIMSTEC, IORA, East Asia Summit (EAS), ASEAN Regional Forum (ARF) and the ASEAN Defence Ministers Meeting Plus (ADMM-Plus). India is part of all these groups.

ASEAN Outlook stated, "Asia-Pacific and Indian Ocean regions.." are "closely integrated and interconnected region, with ASEAN playing a central and strategic role" and Indo Pacific region should be a region of "dialogue and cooperation instead of rivalry" and "development and prosperity for all"

Explaining, ASEAN Outlook on the Indo-Pacific is meant to "contribute to the maintenance of peace, freedom, and prosperity", it said, the grouping will "continue being an honest broker within the strategic environment of competing interests", a line which will not go unnoticed in Bejing which sees the concept with suspicion.

It elucidated several areas of cooperation from maritime to connectivity to economic. On the maritime front, it mentioned United Nations Convention on the Law of the Sea (UNCLOS) and the "freedom of navigation and overflight", which has been reiterated by backers of Indo Pacific concept in the face of increasingly aggressive China.

India has been the supporter of the concept with PM Modi giving New Delhi's vision for it twice - once at the Maldivian Parliament earlier this month, then last month at the Shangri La Dialogue.

Talking about ASEAN during his speech at the Shangri La Dialogue, PM Modi Mentioned it several times and said, "ASEAN has been and will be central to the future" of the Indo Pacific.