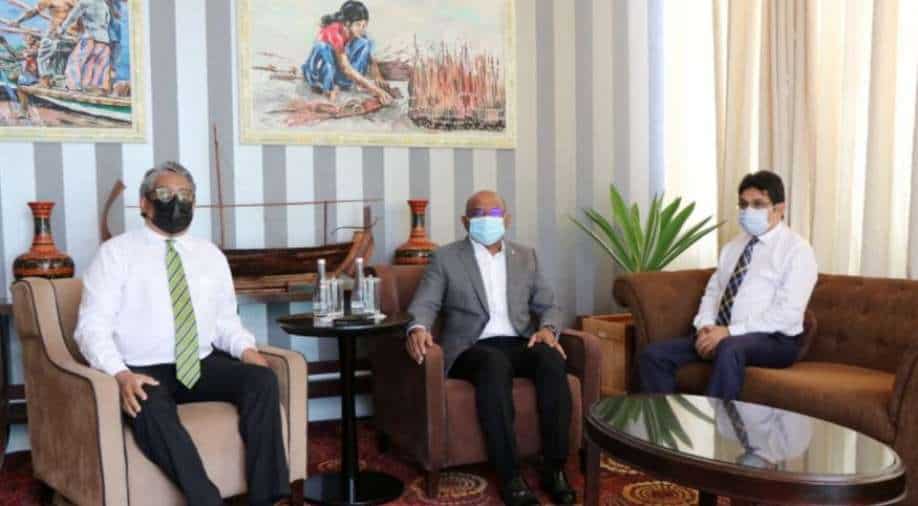 Shahid, who is the foreign minister of Maldives will hold talks with external affairs minister Dr S Jaishankar and call on Prime Minister Narendra Modi.

The president-elect of the seventy-sixth session of the United Nations General Assembly Abdulla Shahid is in India for his first foreign visit.

A release by the ministry of external affairs said, "The visit of PGA-elect will provide an opportunity to exchange views with him on several global challenges that the United Nations is currently seized with. It will also give us an opportunity to reiterate India’s abiding commitment to multilateralism and to the UN’s leadership in confronting these challenges."

Departing to Delhi today on an official visit as President-elect of #UNGA76, on the invitation of the Indian Government.

Look forward to calling on PM H.E. @narendramodi, and meeting with EAM H.E.@DrSJaishankar during the visit. pic.twitter.com/QwwDCpJNkV

During the UNGA elections he got a whopping 143 votes in the 193 strong body with 97 votes stipulated as the threshold for winning the elections. The tenure of the post is one year and is considered prestigious due to authority over the working of the General Assembly.

India had strongly backed the candidature of Abdulla with the announcement first being made during foreign secretary Harsh Shringla's Maldives visit in November. Again during the visit of EAM Jaishankar's visit to the Maldives in February of 2021, India reiterated its continued backing for his candidature.

India's deputy ambassador to United Nations Nagaraj Naidu will be the chef du cabinet of Abdulla as the president of UNGA. This is for the first time that an Indian diplomat will be at that post and his tenure will be for a period of one year. The post is like the chief of staff or like in the Indian system PM's Principal Secretary.

New Delhi and Male share a strong relationship and amid the COVID-19 crisis, India had sent relief such as medicines and other essentials to the country. The country along with Bhutan was among the first two countries to get India-made vaccines in January.

The Indian release highlighted that "Maldives occupies a central place as part of India’s Neighbourhood First policy and the SAGAR vision of the Prime Minister" and the "two ministers are also expected to review the entire gamut of bilateral cooperation between the two sides".

Both Jaishankar and Shahid will hold talks on Friday after which MoU will be signed. He will also deliver a speech on COVID-19 and reformed multilateralism at the Indian Council of World Affairs, Sapru House at New Delhi.

Minister Shahid is accompanied by Member of Parliament Hussain Shaheem and Joint Secretary Mariyam Midhfa Naeem from the Maldives Ministry of Foreign Affairs. He is in India for 4 days and will leave on Saturday.