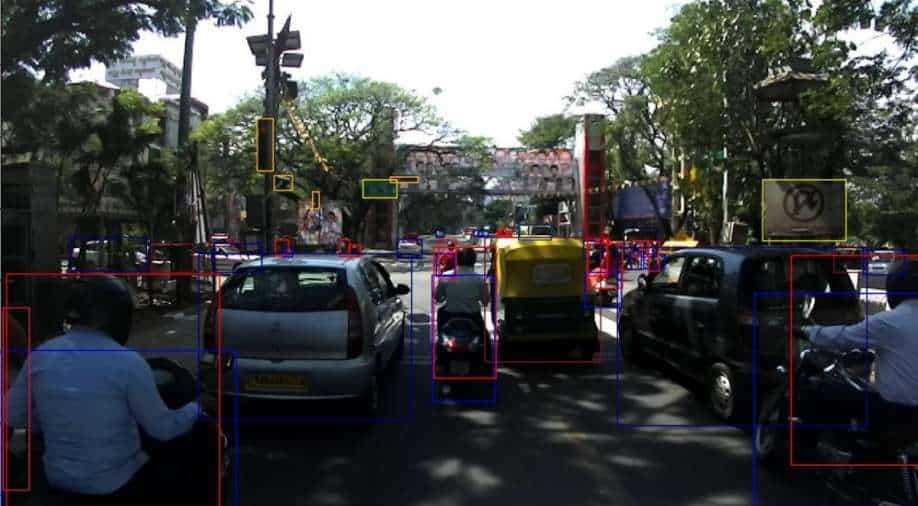 India's Ministry of Science and Technology said that this unique approach uses the predictive power of AI to identify risks on the road, and a collision alert system to communicate timely alerts to drivers, to make several improvements related to road safety

Artificial Intelligence (AI) powered solutions may soon make roads in India a safer place to drive. The Indian government on Tuesday announced that a technology-fueled by AI could reduce the risk of road accidents in the country, which killed over one lakh people in 2020.

In a bid to prevent this from happening, the Indian government said that the AI approach will use a first of its kind dataset consisting of 10,000 images.

It said that this dataset is finely annotated with 34 classes collected from 182 drive sequences on Indian roads obtained from a front-facing camera attached to a car driven around the cities of Hyderabad, Bangalore, and their outskirts.

India's Ministry of Science and Technology said that this unique approach uses the predictive power of AI to identify risks on the road, and a collision alert system to communicate timely alerts to drivers, to make several improvements related to road safety.

It is being implemented in Nagpur, Maharashtra and the government aims to spread it across India.

The project aims to reduce road accidents. According to WHO, road accidents kill as many as 1.35 million people across the world each year.

"The project ‘Intelligent Solutions for Road Safety through Technology and Engineering’ (iRASTE) at Nagpur will identify potential accident-causing scenarios while driving a vehicle and alert drivers about the same with the help of the Advance Driver Assistance System (ADAS).

The iRASTE project is under the I-Hub Foundation, IIIT Hyderabad, a Technology Innovation Hub set up in the technology vertical- Data Banks and Data Services, supported by the Department of Science and Technology (DST).

One such solution is the India Driving Dataset (IDD), a dataset for road scene understanding in unstructured environments captured from Indian roads, which deviates from the worldwide assumptions of well-delineated infrastructure such as lanes, limited traﬃc participants, low variation in object or background appearance and strong adherence to traﬃc rules.

The project consortium includes CSIR-CRRI, and Nagpur Municipal Corporation, with Mahindra and Intel as the industry partners.

The Hub is working to coordinate, integrate, and amplify basic and applied research in broad data-driven technologies as well as its dissemination and translation across the country.

One of the primary aims is to prepare a critical resource for the future use by researchers, startups, and industry, mainly in the areas of smart mobility, healthcare along with smart buildings.

"What makes the iRASTE project even more unique is that AI and technology is being applied to create practical solutions, as a blueprint, for Indian conditions. While the initial rollout of iRASTE is in Nagpur, the eventual goal is to replicate the solution in other cities too.

"Currently, talks are on with the Telangana government to adopt the technology in a fleet of buses that ply on highways. There are further plans to extend the scope of iRASTE to Goa and Gujarat also," ministry officials said.

Another dataset called Open World Object Detection on Road Scenes (ORDER) has also been developed using the India Driving Dataset that could be used by autonomous navigation systems in Indian driving conditions for localization and classification of the objects in a road scene.

Besides this, a Mobility Car Data Platform (MCDP) has been designed with several sensors – cameras, LIDARs, with the necessary computing for anyone to capture or process data on the car that can help researchers and start-ups in India test their automotive algorithms and approaches in navigation and research on Indian roads, the Indian ministry said.

A new framework, LaneRoadNet (LRNet), with an integrated mechanism considering lane and road parameters using deep learning, has been designed to address problems of Indian roads, which have several obstacles, occluded lane markings, broken dividers, cracks, potholes, etc. that put the drivers at significant risk while driving, the government said.

In this framework, a road quality score is calculated with the help of a modular scoring function. The final score helps the authorities to assess road quality and prioritize maintenance schedules of the road so as to improve the drivability.