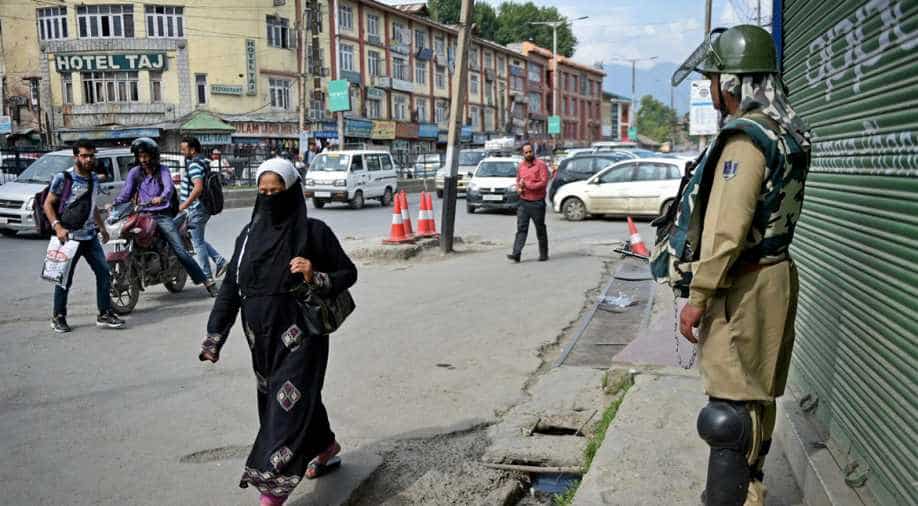 The three-judge bench headed by Justice Arun Mishra told the petitioner, "We shall wait for the restoration of normalcy, if nothing happens you can back to the court."

The Supreme Court on Tuesday refused to issue directions to the central government on a petition seeking lifting of all restrictions in Jammu and Kashmir after the abrogation of Article 370.

The court said it will wait for the normalcy to return in the valley and scheduled the hearing of the matter after two weeks.

The petition, filed by social activist Tehseen Poonawala, sought lifting of curfew and other restrictions including blocking of phone lines, internet and news channels.

Attorney General for the government, Tushar Mehta, told the court that government was reviewing the day-to-day situation in the Union Territory. It is a highly sensitive situation but it is in the interest of everyone. Not a single drop of blood has been shed, no one has died so far," he said.

Attorney General KK Venugopal also supported the argument given by Mehta and said every step is taken to bring normalcy in Jammu and Kashmir.

The three-judge bench headed by Justice Arun Mishra told the petitioner, "We shall wait for the restoration of normalcy, if nothing happens you can back to the court."

Restrictions have also been imposed on communication links, TV channels as 'temporary measures' taken to maintain peace and prevent the circulation of misinformation and rumours.