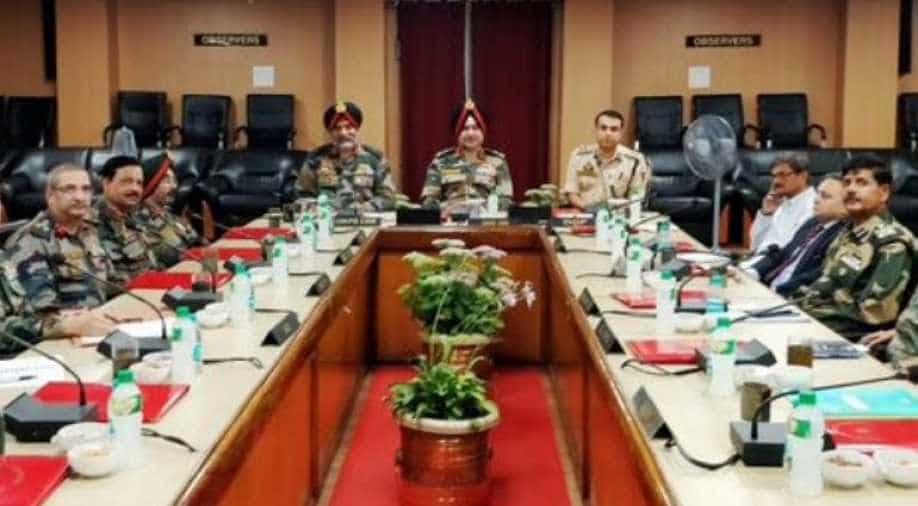 'Necessary security arrangements have been put in place for ensuring peace and security,' Ranbir Singh said.

General Officer Commanding in Chief, Northern Command Lt Gen Ranbir Singh on Tuesday chaired a meeting of the Core Group of Intelligence and Security agencies to review the "operational readiness in Jammu and Kashmir".

"Necessary security arrangements have been put in place for ensuring peace and security," Ranbir Singh said.

Earlier, Jammu and Kashmir Governor Satya Pal Malik had held a meeting in Raj Bhavan and reviewed the prevailing security and law and order situation in the state, in the aftermath of developments in the Parliament relating to Jammu and Kashmir.

The governor's meeting took place as former chief ministers of Jammu and Kashmir Mehbooba Mufti and Omar Abdullah, who were put under house arrest on Sunday night, were detained hours after resolution on scrapping of Article 370 was passed in the Rajya Sabha.

The development comes as Union home minister Amit Shah presented the J&K bill in Lok Sabha today after the Rajya Sabha on Monday passed the Jammu and Kashmir Reorganisation Bill stated the bifurcation of the state of Jammu and Kashmir and revoking Article 370 and Article 35A.

''PoK is part of Jammu and Kashmir,'' Amit Shah said while moving the resolution in Lok Sabha.