Any government that BJP forms in Haryana will be illegitimate, illegally constituted: Congress 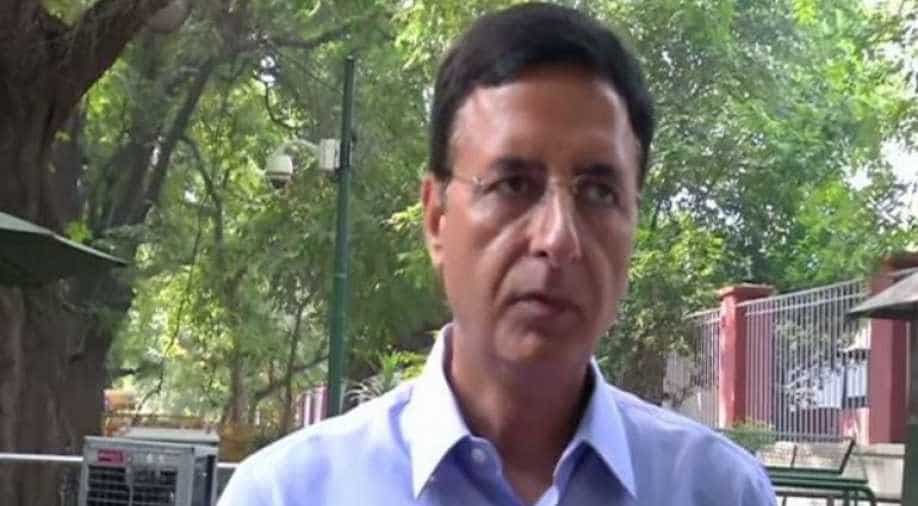 Congress on Friday hit out at BJP over its attempts to form the government in Haryana saying that the party has been decisively rejected and any government that it (BJP) forms will be an "illegitimate and illegally" constituted government.

"In Haryana, BJP has been decisively rejected. Those who sought that they will get a 75 + mandate has not even touched the majority mark. They have no right to form a government. Defections are again coming to play with the allurement of money and power," Congress spokesperson Randeep Singh Surjewala said while speaking to reporters here.

"BJP has not been given the mandate to rule. Any government that BJP forms will be illegitimate illegally constituted government," the Congress spokesperson said.

Commenting on Gopal Kanda, the Congress spokesperson said: "You should look at the statements made by Narendra Modi and Amit Shah at the time when Gopal Kanda was a minister in the Haryana government and when we forced him to resign after registration of a case and also removed him from Ministership.

"What was the stand of BJP then? What is the kind of doublespeak that BJP is doing today," he asked stressing that this shows the level of hunger for power.

The Congress spokesperson informed that a meeting of the party chaired by interim Congress president Sonia Gandhi took place today and where the way "BJP government is playing with the interests of the country was discussed."

"The media of recounting was used to defeat at least four-five Congress candidates," he said. In Haryana, BJP has got 40 seats and it needs 6 more MLAs for a simple majority to form the government in the state.