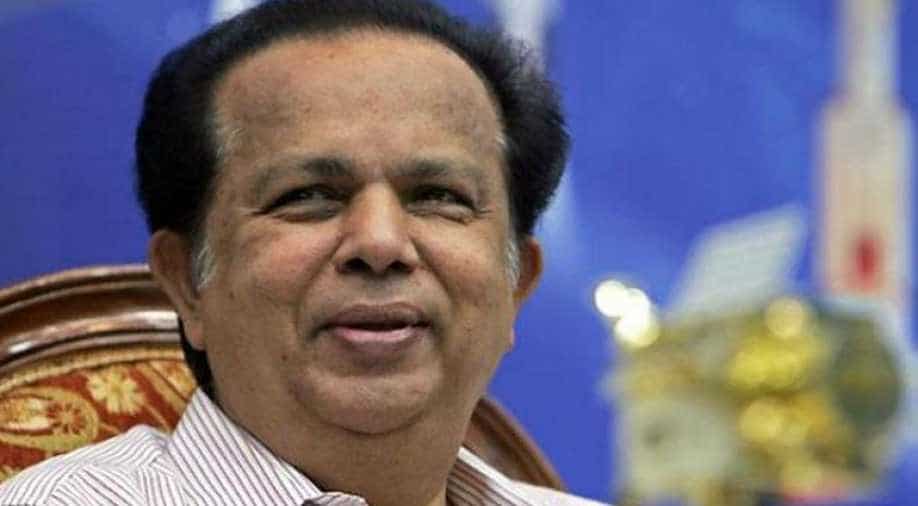 Former ISRO chairperson G Madhavan Nair was today granted bail by a Delhi court in the sensational Antrix-Devas deal case in which a loss of Rs 578 crore was caused to the exchequer.

Special Judge Santosh Snehi Mann granted the relief to Nair on a personal bond of Rs 50,000 and two sureties of the same amount.

During the proceedings, the CBI informed the court that two accused could not be served summons as they had settled in the US, and the process was still on to execute the summons to them.

The court, meanwhile, took a strict view over the non- appearance of accused Veena S Rao, a former additional secretary in the Department of Space (DoS), on the ground that she had a meeting with the Karnataka chief minister.

"She (Rao) should be careful about her decisions...Since it is her first appearance after the summons, she is exempted," the judge said.

The probe agency opposed the bail plea, saying they were high profile people and may flee if released on bail.

However, except three accused, the court granted bail to the rest who appeared before it, including A Bhaskar Narayana Rao, the then director in ISRO and K R Sridhar Murthy, the then executive director of Antrix.

The court had on September 16 summoned Nair and others as accused while taking cognisance of the CBI charge sheet which alleged that Nair and other officials of Indian Space Research.

Organisation (ISRO) and the Department of Space (DoS) wrongfully leased out S-Band, a restricted wavelength of the INSAT satellites, to Devas Multimedia by Antrix.

The cognisance of the final probe report was taken after the CBI apprised the court that it had secured the requisite sanction from the authorities concerned to prosecute the former officials of premier space organisations.

The FIR was filed on March 16, 2015, against Nair and others accusing them of facilitating "wrongful" gain of Rs 578 crore to private multimedia company Devas by Antrix, the commercial arm of ISRO.

The probe agency had on August 11 last year filed a charge sheet against the accused, alleging they had caused a loss of Rs 578 crore to the exchequer by abusing their official position to favour a private company.

The case relates to leasing of S-Band, a restricted wavelength of the INSAT satellites to deliver video, multimedia and information services to mobile receivers in vehicles and mobile phones to Devas Multimedia by Antrix.