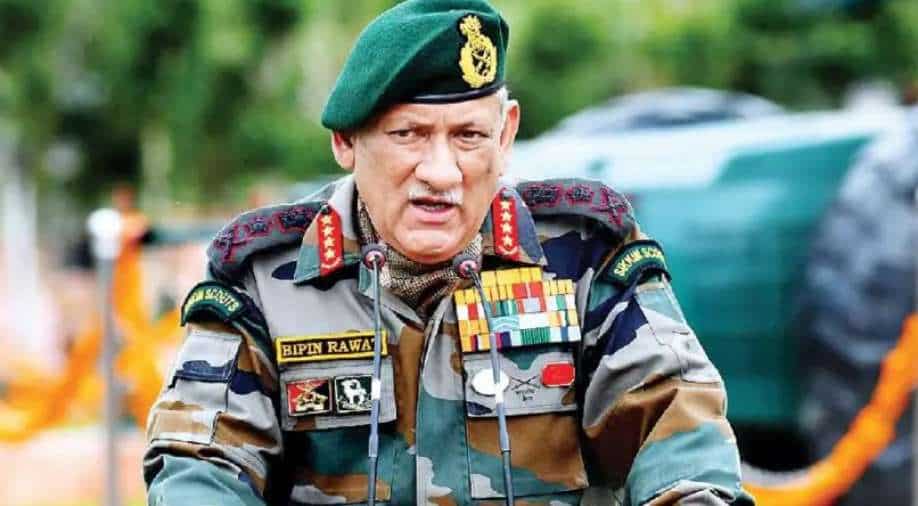 As of now, the main worry is that Pakistan-based terror groups such as Lashkar-e-Taiba and Jaish-e-Mohammed might establish safe haven in the country under Taliban rule

In his first comments on Afghanistan, India's Chief of Defence Staff General Bipin Rawat has said that "Taliban takeover was anticipated" but the "time line surprised us".

On August 15, Taliban took over the Afghan national capital Kabul as the then Afghan president Ashraf Ghani left the country.

Also read | All is well? Websites of ousted Afghan govt still up despite Taliban takeover

Since then, India has evacuated a large number of its nationals and opened the gates for Afghans, particularly the minority Sikhs and Hindus. Over the weekend, two Afghan Sikh MPs — Anarkali Honaryar and Narendra Singh Khalsa — also reached Delhi even as fears grow if Taiban will respect the minority rights.

The top Indian General highlighted Indian concerns over terror saying, "We were concerned about how terrorist activity from Afghanistan could overflow into India. So to that extend, our contingency planning had been ongoing and we are prepared for it."

As of now, the main worry is that Pakistan-based terror groups such as Lashkar-e-Taiba and Jaish-e-Mohammed might establish safe haven in the country under Taliban rule. India has raised the matter at several multilateral meetings including the United Nations and BRICS.

He dismissed any relation between Indo-Pacific and Afghan crisis impacting each other saying, "Indo pacific is on different plane all together. Dealing with Afghanistan, Taliban, terrorism, from that perspective is something which we are all together fighting the global war on terrorism," explaining that any support from Quad on dealing with terror "will be welcomed".

India, along with US, have been strong supporter of Indo-Pacific vision that sees Indian and Pacific ocean as one construct but China sees this with suspicion. "Indo pacific should not be looked through same prism (as Afghanistan) — they are two different issues. Yes, there is challenge to security in the region, both pose challenge to security, but they are on two different planes and those two parallel lines are unlikely to meet," Rawat pointed.