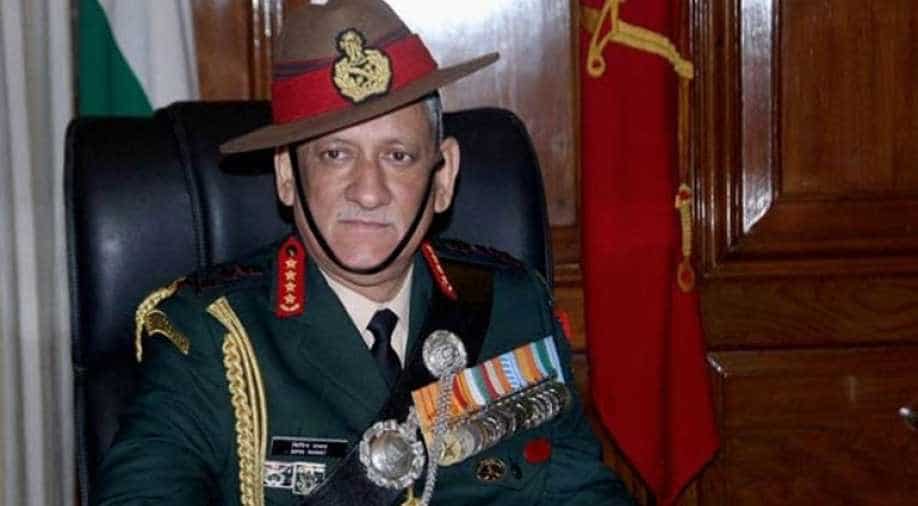 The annual India-China military exercise will resume, Army Chief Gen Bipin Rawat said on Tuesday, noting that the relationship between the two countries which had turned "sour" after the Doklam stand-off was now improving.

He said the military diplomacy with China worked and the border personnel meetings that had stopped post-Doklam stand-off have begun again.

The "bonhomie" between the two forces was back, Rawat said.

"The hand-in-hand exercise with China happens every year. Only in the last year, this exercise was shelved (due to simmering tensions over Doklam), but this exercise is back on the cards," he said in response to a question.

The border personnel of India and China were locked in a 73-day stand-off last year in Doklam.

The disengagement of forces took place in August last year, after hectic parleys between the two countries.

"So the military diplomacy with China has worked and is moving forward and ensuring that there is a thaw in the relations...the relationship had turned sour but I think it is all getting over now," he added.

Defence Minister Nirmala Sitharaman will be visiting China next month and it is likely that the issue could come up for discussion.

Last month, Foreign Secretary Vijay Gokhale also made a trip to Beijing, where he held talks with Wang.

Prime Minister Narendra Modi is likely to visit China in June this year to attend the Shanghai Cooperation Organisation meeting.