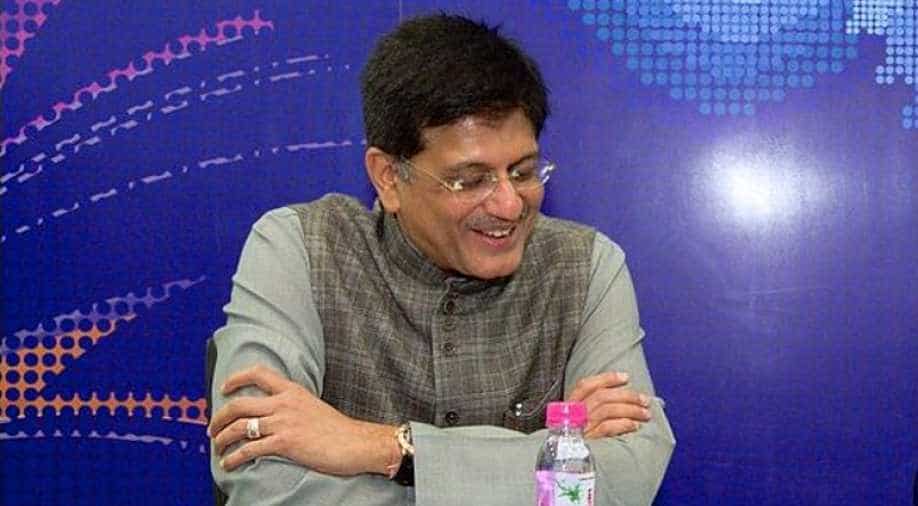 "Beginning with the GST Constitution Amendment Bill, every step taken by the BJP govt with regard to GST was deeply flawed. The GST bills ignored the advice of the Chief Economic Adviser on many aspects of GST, notably on the rates," Chidambaram said Sunday.

"Government did bad things in a big way — demonetisation — or big things in a bad way — GST. The design, structure, infrastructure backbone, rates and implementation of GST were so flawed that GST has become a bad word among businesspersons, traders, exporters and common citizens," Chidambaram added.

"There was no disruption and economic growth was not affected due to implementation of GST. I would like to tell P Chidambaram that 'angoor khatte hain'," Goyal &nbspwas quoted as saying by the news agency ANI.

The goods and services tax was rolled out a year ago today.

It was meant to simplify indirect taxation. It replaced 17 taxes and 23 cesses with one overarching tax.

When GST was rolled out, the government said it would also speed up the transportation of goods by cutting down the need for for toll booths between state borders — since there would now be only one tax.

Most countries that switch to a GST tax have seen a 1 to 2 per cent increase in their GDP.

But India's GST has been criticised for having five different tax slabs — at 0, 5, 12, 18, and 28 per cent. The criticisim has been that that if you're going to replace a number of taxes and cesses with one single tax, then why should that one tax have different slabs?

Finance Minister Arun Jaitley has responded to that criticism earlier by saying a poor country like India cannot tax essential food items and luxury cars at the same rate.

On Sunday he said, "Goods and Service Tax is a monumental economic reform. The need for GST was obvious as earlier indirect tax regime was complicated."