Analysis: What is India doing at the SCO? 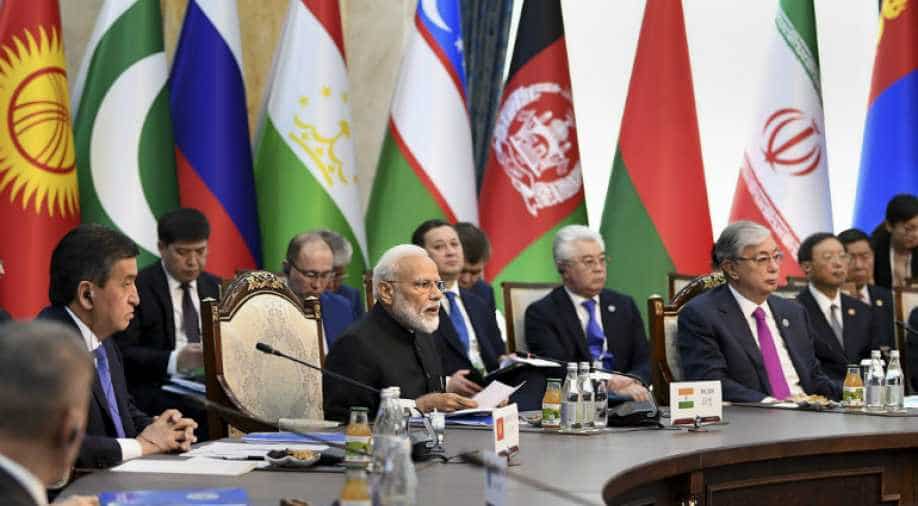 As Prime Minister Modi wraps up his first multilateral summit after his re-election, the question is what was India doing at the Shanghai Cooperation Organisation or SCO? What's India's position, role and target?

Let's start from the beginning. India was inducted as a full member of the Shanghai Cooperation Organisation on Russia's insistence. It wanted to counter China. But the Russia-China equation has changed since. They have become strategic allies. So India must figure out its place and agenda. At the SCO, India's biggest opportunities are also its biggest challenges.

The SCO has eight member countries. They cover 20 per cent of the world's GDP and 42 per cent of the world's population. The commercial potential is immense. Yet Central Asia hasn't been the traditional focus of India when it comes to trade. Look at the numbers. India's bilateral trade with Central Asia is one-fiftieth that of China's. While India's figures stood at less than $2 billion, China's trade with Central Asia crossed $50 billion in 2018. Same with Russia. The bilateral trade between India and Russia is barely $10 billion. That number for China and Russia is more than $100 billion. Why hasn't India done more? That brings us to the next challenge/opportunity.

India shares no land border with any of the Central Asian countries. It must travel via Pakistan or China. Poor connectivity results in poor trade, that's a no-brainer. The operationalisation of the Chabahar port may change that, but it's early days. Geography remains a constraint. As does policy (though in this case, we're following the best). India is the only SCO country that has not endorsed China's Belt and Road Initiative. By the looks of it, that may not change. So India will have to create alternatives.

Terrorism the biggest talking point and the biggest challenge too. The elephant in the room is Pakistan, an established state sponsor of terrorism. But it won't be singled out at China's insistence. So under SCO, India participates in counter-terror military exercises with Pakistan and China, the two countries that are the most likely adversaries of India in war, the only two countries with which India has fought a war. Sounds ridiculous? There's more. All member countries are part of RATS - the Regional Anti-Terrorist Structure. It requires all members to share intelligence to combat terrorism. India should share intelligence with a group that has Pakistan on board?

It is one thing to say that multi-lateral forums keep bilateral differences at bay. It's quite another to walk the talk. PM Modi of India and PM Imran Khan of Pakistan came face to face in Bishkek seven times. They did not talk, or so the reports say. It is hard to believe this strained relationship won't have a bearing on the summit.

Plus India must balance ties with the Americans. Buying the S-400 missile defence system from Russia despite objections from Washington, working with China to counter trade protectionism in the middle of Beijing's trade war with Washington - it's walking the diplomatic tightrope. We call it strategic autonomy.

So challenges abound. As do opportunities. SCO isn't just about photo ops. Central Asian countries want a bigger role for India. They aren't beholden to China. They shot down Beijing's proposal for an SCO development bank and free trade agreement. If India makes the right moves, it can emerge as the more reliable partner and regional power for countries that have always lived under the shadow of Russia and China.