Will explain our position to people of Andhra Pradesh: Ram Madhav on special status issue 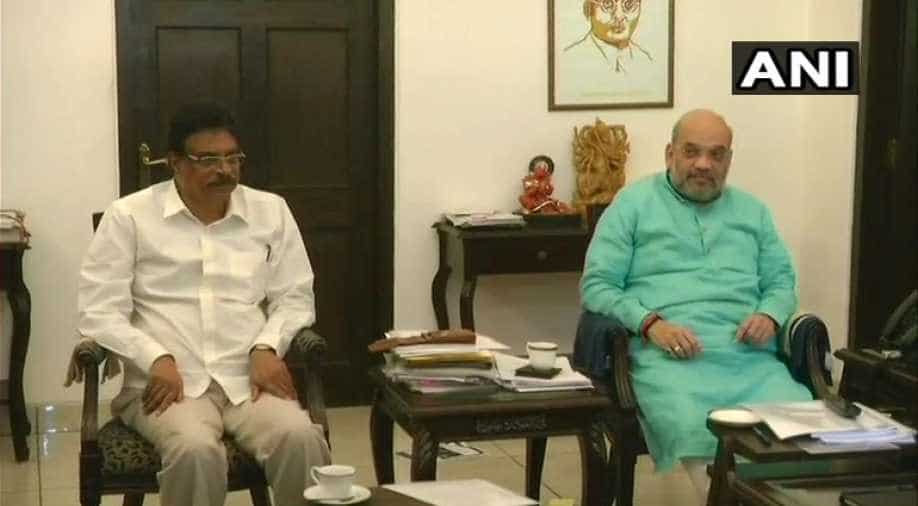 BJP general secretary Ram Madhav on Saturday said that BJP will explain its position to the people Andhra Pradesh.

The Centre had done a lot for the state and was willing to do more, he added.

Madhav was speaking to reporters after holding a meeting with party president Amit Shah. Besides Madhav, Andhra Pradesh BJP chief K Hari Babu was among the leaders who held deliberations with Shah.

Amit Shah met the Andhra BJP leaders, after its longtime ally TDP's decision to exit the ruling NDA over the issue of Special Category Status (SCS) for the state.

The saffron party finds itself in a tight corner in the state as its two main parties, the Telugu Desam Party (TDP) and the YSR Congress, have sought to corner it following the Centre's refusal to grant the SCS to Andhra Pradesh.

We will pass a resolution in which we will explain to the people of #AndhraPradesh our stand on the issue said by Andhra CM. We're as much committed to the people as him. We have done so much in the last 4 years: Ram Madhav, BJP National General Secretary pic.twitter.com/JaxhFpoT0W

Both the regional parties have also moved a no-confidence motion against the Modi government in the Lok Sabha.

The state sends 25 MPs to the Lok Sabha and is scheduled to go to Assembly polls simultaneously with the parliamentary elections next year.

We will explain to the people of Andhra Pradesh the things we have done for them in last 4 years and things we will do. We are ready to do more than the special status: Ram Madhav, BJP National General Secretary after meeting of Andhra Leaders with BJP President Amit Shah pic.twitter.com/WtLrdDwWJG

The BJP had won two Lok Sabha seats in 2014 in alliance with the TDP, which won 15 seats.

BJP leaders have said that the TDP's decision to sever ties them has provided their party an opportunity to expand its footprints in the state ahead of the next Lok Sabha polls.