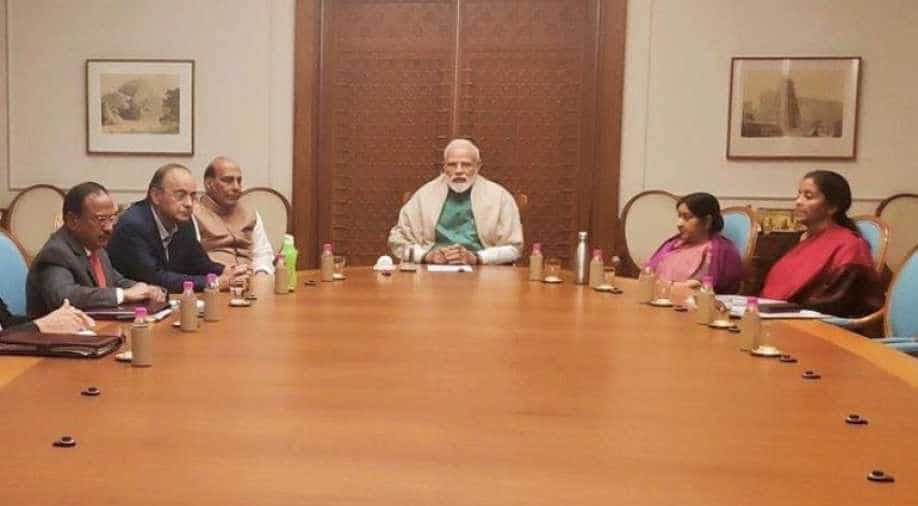 In view of the heightened tensions between Pakistan and India, Prime Minister Narendra Modi on Sunday chaired the meeting of National Security Council (NSC) in Delhi, which was attended by the members of Cabinet Committee on Security (CCS).

Wing Commander Abhinandan, flying the MiG 21 Bison, was chasing Pakistani F-16 fighters which had transgressed into the Indian airspace. In the process, his plane crossed over to Pakistani side and was shot down. Although he ejected safely, the pilot was taken into custody by the Pakistan Army upon landing.

On February 28, Pakistan Prime Minister Imran Khan announced the release of Abhinandan on March 1, calling his decision a “peace gesture.”

Prime Minister Narendra Modi made no compromises on the Pakistani proposal for holding talks, sources said.