Akshaya Tritiya 2022: India has a day dedicated to buying gold. But what's the story behind it? 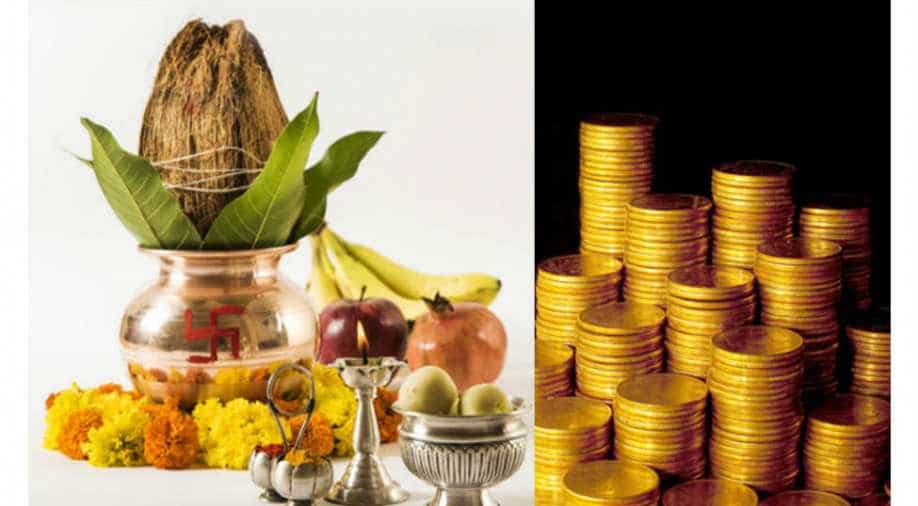 Akshaya Tritiya 2022: People celebrate Akshaya Tritiya in order to bring good luck into their lives. Purchasing gold and real estate on this day is thought to bring prosperity and wealth in the future.

The Akshaya Tritiya festival is observed by Hindus and Jains all around the world. This day, also known as Akti or Akha Teej, is considered to be one of the most auspicious. It falls on a Tuesday this year (May 3).

One of the most significant practises on this day is worshipping Lord Vishnu. The Sanskrit meaning of Akshaya Tritiya, the two words, is extremely important to Hindus. "Akshaya" means "never fading," while "Tritiya" refers to the third day of Vaishakha month's illuminated half.

It has a backstory:

According to the legend, a lot of events occurred on Akshaya Tritiya, making it an auspicious day.

According to mythology, the Treta Yuga, the second of the four yugas, began on Akshaya Tritiya, when Lord Vishnu's sixth avatar, Parshuram, was born.

On this day, Maharishi Ved Vyasa, the author of the Mahabharata, is said to have begun narrating the epic to Lord Ganesh.

Lord Krishna ran into his childhood friend Sudama on this occasion.

On Akshaya Tritiya, according to another legend, the Ganga descended from heaven to Earth.

On this day, both buyers and sellers prepare for a successful transaction. Hindus and Jains, in particular, celebrate the day with passion and joy, purchasing gold in the hopes of drawing good fortune.