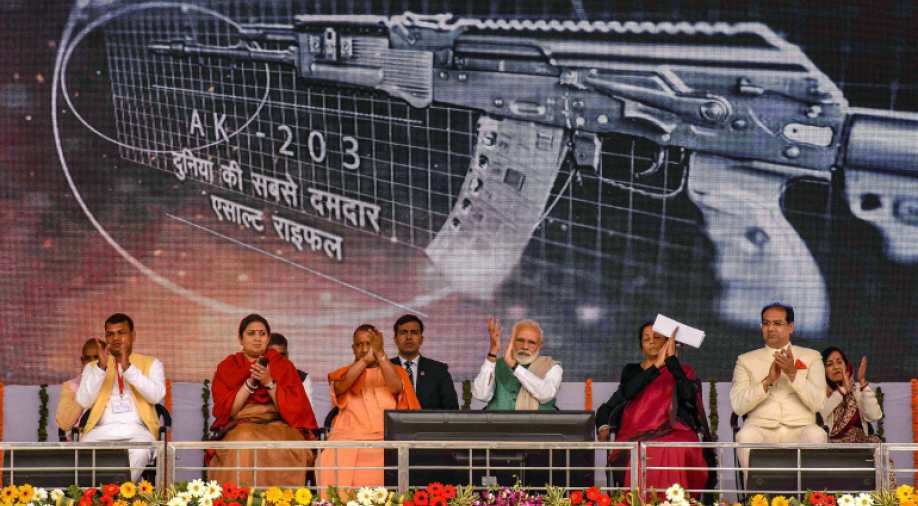 After the rifles are supplied to the defence forces, the government, in the next phase, would provide them to paramilitary and the state police forces.

AK-203 is the latest derivative of the legendary AK-47 rifle. India has signed a deal with a Russian firm to manufacture 750,000 of these assault rifles which would be given to the Army's infantry troops.

According to officials, the guns would replace the existing India-made INSAS assault rifles in the Army, Air Force and Navy.

After the rifles are supplied to the defence forces, the government, in the next phase, would provide them to paramilitary and the state police forces. There is a possibility that 15 to 20 years down the line, all the forces would be using this assault rifle as their standard weapon.

Apart from this, the Defence Ministry has already signed a contract with American Sig Sauer for the supply of 7.69mm 59 calibre advanced assault rifles. These would be given to soldiers directly engaged in counter-insurgency and other operations.

The idea behind having two different assault rifles is that the troops who are engaged regularly in combat with terrorist or Pakistan Army on the Line of Control, should have very advanced weapons while the others can also have an advanced rifle which is lighter and can meet all the requirements.

After a string of complaints on INSAS rifles were received from ground troops deployed across the country on all frontiers, India about 10 years ago had started looking for new rifles for its infantry troops but the efforts could not materialise due to retraction of tenders issued for the purpose over different issues.