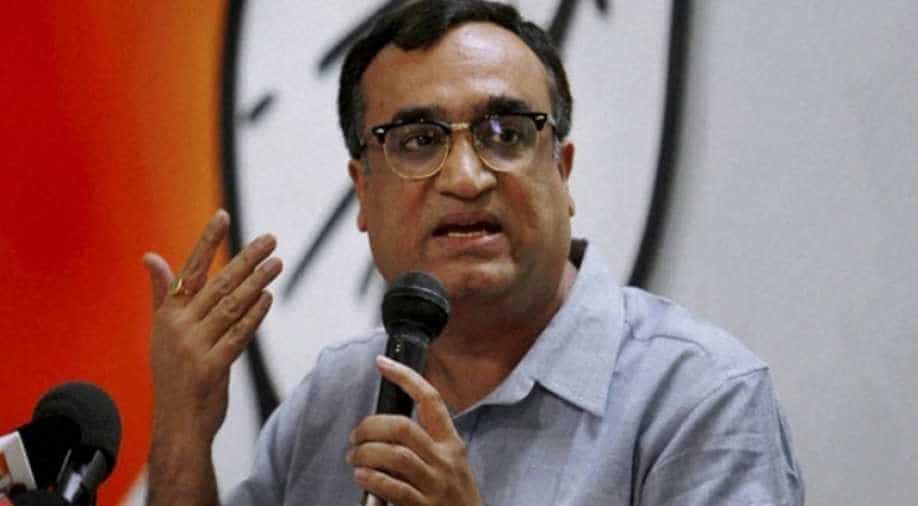 Following the resignation, Maken said, 'It was not easy to step down in difficult circumstances. I thank you all for everything,' on Twitter.

"It was not easy to step down in difficult circumstances. I thank you all for everything," said Maken on Twitter following his resignation.

"Since 2015 Assembly elections, as the chief of Delhi Congress unit, I have received huge support from Congress party workers, the media covering the party and Rahul Gandhi. It was not easy to step down in difficult circumstances. I thank you all for everything," also said," Maken tweeted.

According to the report, Maken had met party President Rahul Gandhi on Thursday to submit his resignation which is believed to be due to health reasons.

Gandhi has accepted his resignation, according to reports.

According to a report by PTI, former chief minister Sheila Dikshit could replace Maken as the Congress's Delhi unit president. She has maintained that the party high command's decision on alliance will be accepted by her.

Maken has been serving as the Delhi chief from since 2015 as he replaced Arvinder Singh Lovely.

Maken has served as the Congress General Secretary until 2015 when he resigned after the party's failure to win any seat in the 2015 Delhi Legislative Assembly election. However, he later joined back after Rahul Gandhi who was then vice president asked him to continue.

In September this year, there were media reports saying that Maken has resigned from the party. But, the reports were later denied by the party saying that he had "temporarily stepped down" because of health problems.