Aiyaary review: A half-baked, lazy attempt at making a thriller 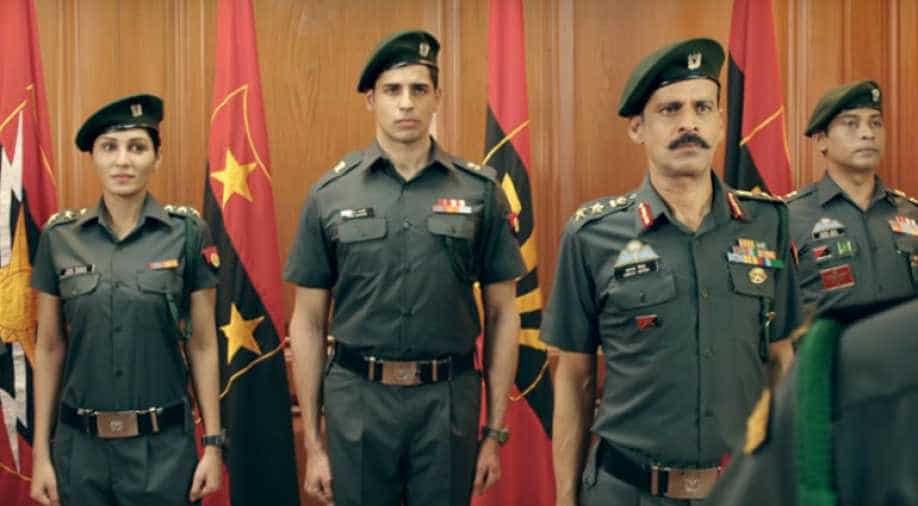 A still from Aiyaary. Photograph:( Others )

Every director more or less sticks to the same genre after he or she delivers a hit based on it. We associate stories of love and self-discovery to Imtiaz Ali, we associate Rajkumar Hirani to films that deliver social messages and similarly we associate Neeraj Pandey to films that speak about the angst of the common man who always is at the receiving end because of a corrupt system. Barring MS Dhoni, of course.

Pandey's first, A Wednesday, spoke about how a common man can be pushed to his limits due to an ignorant system. His Special 26 was a quirky heist film which highlighted that slacked police force, his Baby and Naam Shabana (which he wrote and produced) were about special agents who would put their life at stake for the sake of the country. Aiyaary can perhaps be called an extension of that same story. A film where everyone is brisk walking to some destination or the other yet making the whole process look like an ordeal.

A still from Aiyaary. (Others)

With a half-baked plot that establishes itself well into the second half, Aiyaary is about a special agent gone rogue. Major Jai Bakshi (Sidharth Malhotra) is basically disillusioned with the system and decides to sell top secrets of the army to an arms dealer. Jai is not doing this for the money or because he wants to seek revenge from the army but because he is just tired of how the corrupt are ruling the nation. His mentor,  Colonel Abhay Singh (Manoj Bajpayee) hurt and angry at being deceived by his brightest student, then takes it upon himself to hunt Jai down- who has fleed the country with his girlfriend, Sonya, a hacker by profession (Rakul Preet Singh).  The film also briefly touches upon the infamous Adarsh Housing Society Scam-perhaps the most comprehensive subplot in the entire film and makes a mish-mash story of a bright officer hell-bent on exposing the corruption in the country thereby putting his mentor, team maters and Army chief's position at stake.

The film's narrative is non-linear. With multiple flashbacks- and flashbacks within flashbacks- the narrative appears too complicated to fully concentrate on. Pandey perhaps overestimates the viewer's intelligence and let them assume a lot of things for the longest time. The only thing that one knows in the first twenty odd minutes into the film is that the Army is looking for two of its missing officers. Pandey does not bother in putting a timeline in most scenes and often breaks into flashbacks making the entire film look haphazard. At the interval, there is suddenly a shot of Naseeruddin Shah sitting on a bed and laughing while watching television and you wonder if he is actually laughing at you for agreeing to sit through the ordeal for so long. Because Shah's inclusion in the film at that point is out of the blue.

A still from Aiyaary. (Others)

In fact, Shah's shot isn't the only illogical thing in the film. There are several more, in fact. There's a scene where Sidharth and Rakul's character meet for the first time, Rakul hacks into Sidharth's password protected laptop and buys herself things with his card details from a shopping portal. And the man just smiles at her and says 'Impressive'. Only if it was that easy to impress suitors in real life!

Manoj Bajpayee tries hard to make the film and his character look real and convincing but an actor of his caliber deserves a properly written, coherent script which Aiyaary lacks. Malhotra is average in his role. Kumud Mishra, Adil Hussain, Anupam Kher are all wasted. Perhaps the brightest spark is Naseeruddin Shah, who gets the best scene in the film - but Shah comes in only the end and by then you may have gone into a deep slumber and you may miss the scene completely.

Aiyaary doesn't narrate a story that hasn't already been explored multiple times in Bollywood already. It's a half-baked, lazy attempt at making a thriller and it doesn't excite, thrill or entertain.