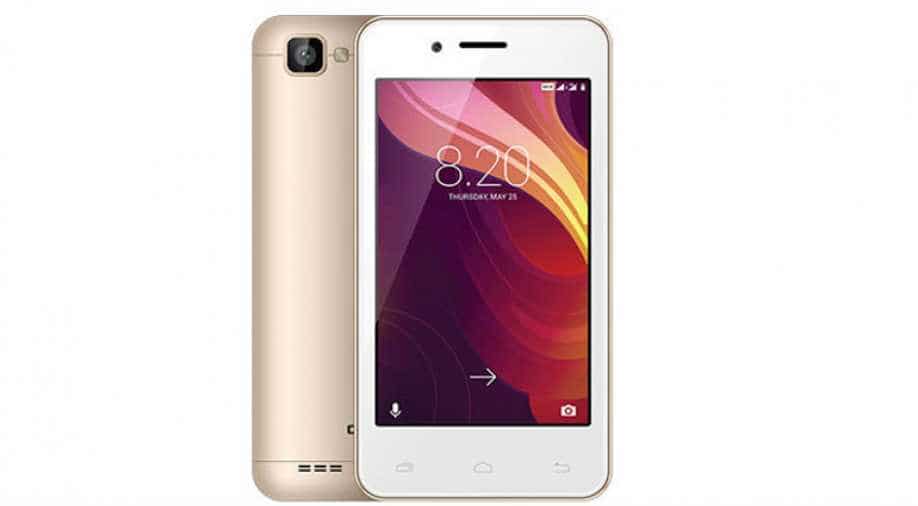 The smartphone is a part of ?'mera pehla smartphone' initiative by Airtel in collaboration with Celkon. Photograph:( Zee News Network )

The phone was manufactured under the Airtel-Celkon partnership.

The smartphone is a part of  "mera pehla smartphone" initiative by Airtel in collaboration with Celkon.

Customers would have to make a down payment of Rs. 2749 and make 36 continuous monthly recharges of Rs. 169.

Airtel Celkon Star 4G+ is a dual camera phone that comes with a 4-inch screen and dual sim support.

The phone is seen as a competitor of JioPhone, but unlike Jiophone, Celkon Star 4G+ supports all network.

The device comes with 4GB internal storage, expandable up to 32GB.

The device will be preloaded with Airtel apps like Wynk music, Airtel TV, MyAirtel app.