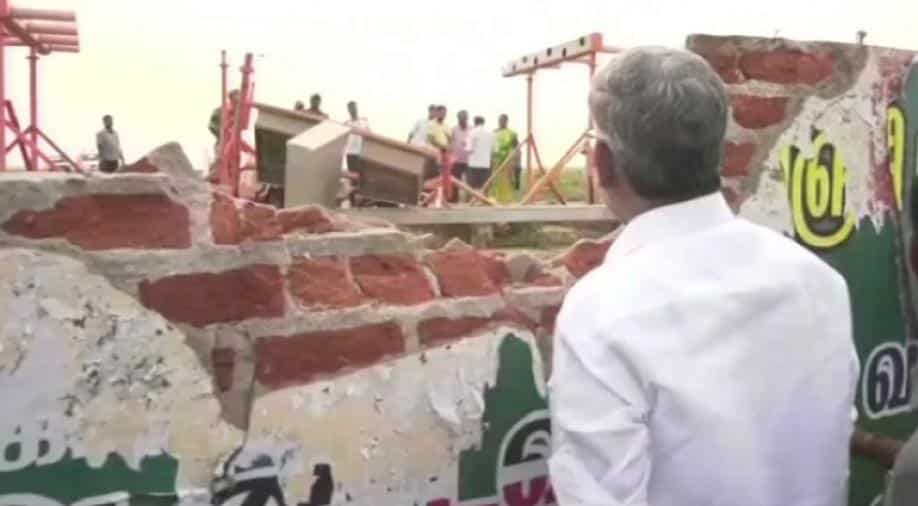 Following the incident an internal inquiry has been setp up. Photograph:( ANI )

The flight, which was headed to Dubai, was diverted to Mumbai where it landed safely.

An Air India Express plane hit an airport wall during take-off from Tamil Nadu's Trichy yesterday. There were 136 passengers on board.

The plane, which was flying to Dubai, was diverted to Mumbai where it landed safely.

Air India Express is a low-cost airline and a wholly-owned subsidiary of Air India.

ANI reported that the plane's underbelly suffered damage and another plane was arranged for to take the passengers onwards to Dubai.

The plane that hit the airport wall was declared fit for operations after inspection at Mumbai airport.

The plane's pilot and co-pilot have been taken off flying duties and an internal enquiry set up.

Trichy- Dubai Air India flight with 136 passengers on board hit the ATC compound wall at Trichy Airport yesterday and was diverted to Mumbai. The flight had got damaged under the belly, was declared fit for operations after inspection at Mumbai Airport. pic.twitter.com/8cczII46Mp

"After the incident, an internal inquiry has been set up, pilot and co-pilot derostered till the investigation is done," Air Indian Express said in a statement.

The statement added that the airline had informed the aviation regulator, the Directorate General of Civil Aviation, and that "all passengers were landed safely at Mumbai airport and another aircraft from Mumbai to Dubai was arranged."