Ahmedabad: A conflicted yet a graceful city 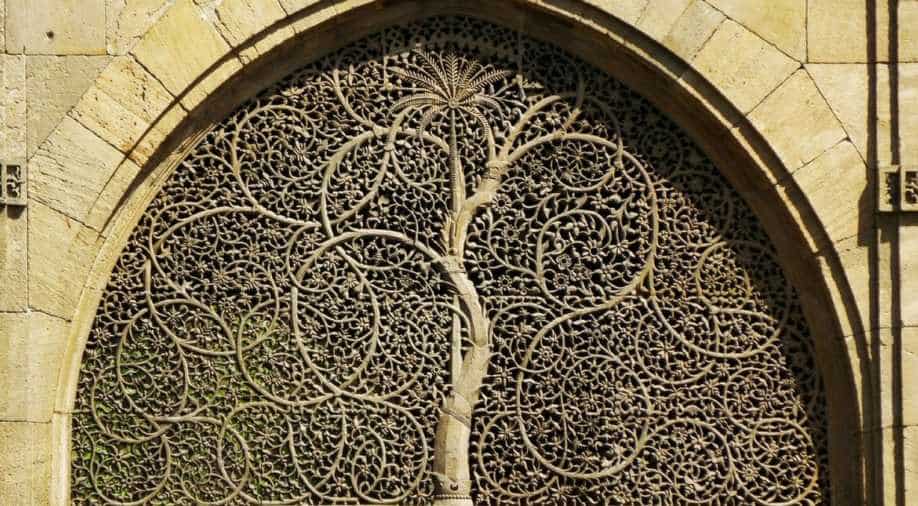 The famous jaali from the Sidi Saiyyed mosque in Ahmedabad. Photograph:( Others )

For many of us who grew up in Bengal and hadn’t visited Gujarat, Ahmedabad surprisingly was never unknown territory. It figured hazily in our imaginations through stories, memories and anecdotal trivia garnered from friends and family who’d gone to study or work there. It was also the city that featured in Tagore’s reminiscences as the place that inspired him to write his first story, “Kshudito Pashan” or the “Hungry Stones”.

The historian Shailesh Parekh and author of “Tagore in Ahmedabad” writes, that Tagore’s stay with his brother the ICS, Satyendranath Tagore at Shah Jahan’s palace on the banks of the Sabarmati, brought him a deep appreciation of the city’s history and a fondness for it that would grow stronger over the years through his friendship with Mahatma Gandhi.

We drew inspiration from an older generation who brought us stories of work and life in Ahmedabad of the 1960s when many a Bengali scientist and engineer joined the ISRO, the PRL or ONGC.

As anxious young undergraduates in the 1980s, however, we began to look at the city through a different lens. It was a new career destination. We marvelled at friends who had cracked the CAT and entered the hallowed portals of the IIM or mastered the equally daunting entrance test to the National Institute of Design to become part of an elite cultural fraternity. We drew inspiration from an older generation who brought us stories of work and life in Ahmedabad of the 1960s when many a Bengali scientist and engineer joined the ISRO, the PRL or ONGC.

We learnt  of Ahmedabad as a new haven for job seekers who sought employment in the vast network of petrochemical and pharmaceutical companies that came to dominate Gujarat’s industrial landscape following the closure of the city’s textile mills in the 1970s.

This largely positive image of a city offering exciting new job opportunities and a relatively peaceful life came to be radically unsettled by the events of February 2002. The images of carnage and mayhem beamed live on national television lingered in our minds for many months after. So when marriage and a job beckoned me to Ahmedabad in 2004, I was deeply apprehensive.

But when I was greeted at the airport, by our young and mirthful Muslim driver, I felt strangely reassured. Kaiyum Khan Pathan claimed descent from an official serving the erstwhile Pashtun Nawabs of Balasinor a small princely state in central Gujarat. After a spate of misfortunes from which the family never recovered, his grandfather came to Ahmedabad as a mill-hand in the 1940s. Following the shutdowns of the 1970s, he took driving lessons and found employment in the Gujarat Secretariat in the capital Gandhinagar.

When I asked Kaiyum about the events of 2002, he seemed a bit uncomfortable at first, but collected himself soon after, and said rather ruefully that ‘such things have happened before’ and memories of the first riot he’d witnessed went back to his childhood in the late 1960s. He said he was relieved that his family had moved out of the grimy mills districts of the Asarva-Chamanpur areas on the eastern peripheries of the old city and moved to Gandhinagar where he felt ‘safe’.

Ahmedabad’s tryst with communal polarisation and civil unrest has a long and bitter history.

Although it’s seldom recalled now, Ahmedabad’s tryst with communal polarisation and civil unrest has a long and bitter history. Two of the city’s most respected chroniclers, Achyut Yagnik and Shuchitra Seth tell us that much of the contemporary history of communal strife was triggered by the radical shifts in the city’s political economy. They locate these shifts in the crisis of the textile industry and large-scale unemployment thereafter.

These developments in the city’s economy deepened the already existing caste and community divides and sharpened the growing anti-Muslim resentment following the Indo-Pak war of 1965, especially when the Chief Minister Balwant Rai Mehta was killed when Pakistan shot down a plane carrying him.

Against the backdrop of the anti-reservation caste politics and the Hindutva mobilisation thereafter, communal polarisation crystallised in the 1990s around a new urban development politics that pitted real estate developers and the government against Dalit and Muslim slum dwellers and squatters. These simmering tensions spilled forth with extreme violence and brutality in the small town of Godhra in February 2002.

Yet, when I began to live in Ahmedabad since 2004, the embers of violence had died down and the city sought to reinvent itself all over again. It had entered a frenetic phase of real estate development through new housing societies, shopping malls, flyovers, underpasses, rapid transport networks, showpiece temples, gourmet restaurant and boutique cafes. Ahmedabad it seemed was in a tearing hurry to move on. The Vibrant Gujarat summits added fervour to this renewed spate of urban optimism.

The exquisitely carved wooden facades, doors and latticed windows that adorn every Hindu, Jain and Muslim dwelling, spoke of a city fraught with conflict but blessed with grace.

Even if the razzle-dazzle of the new city added more fun to my existence, I have to confess that I found greater comfort in the quieter stretches of the city closer to the western banks of the Sabarmati. One of my favourite places being the Sabarmati Ashram set up by Gandhi in 1916.

Unfortunately, this place that was once the site of a novel political and social experiment no longer inspires the younger Ahmedabadis. It remains museumised as a relic of the city’s past that has little relevance today. The old walled city on the eastern bank of the river suffers a similar fate.

When on occasion I’ve crossed the bridge and entered the old city through the imposing arches of the Teen Darwaza, I’ve felt drawn into a different world. Behind the bustle, congestion and chaos of the market square adjoining the gate, fleeting visions of an older and much grander city seemed to greet me at every turn. This is the city that was birthed by Sultan Ahmad Shah in 1411 and consecrated by many a Sufi saint. Its numinous domes, arches and minarets, its spires and shikharas, its densely packed gated neighbourhoods or pols with their imposing havelis set amid warrens of narrow lanes, and the exquisitely carved wooden facades, doors and latticed windows that adorn every Hindu, Jain and Muslim dwelling, spoke of a city fraught with conflict but blessed with grace.

The glitzy urban sprawl on the western bank of the river continues to dominate the larger national imagination, it is this old walled city that has earned Ahmedabad its World Heritage tag.

The architectural and aesthetic marvels of Ahmad Shah’s city have now been extensively photographed, documented and presented as markers of a syncretic urban culture, and a new tourist attraction. Although the glitzy urban sprawl on the western bank of the river continues to dominate the larger national imagination, it is this old walled city that has earned Ahmedabad its World Heritage tag.

Yet while heritage activists have celebrated and showcased the gentler symbols of the city’s syncretic inheritance, its more sombre chroniclers have pointed to the grimmer realities of its modern self. Yagnik and Seth, for instance, conclude, that Ahmedabad is an irredeemably divided city – the city of Sultans and Sufis, the city of the Nagarsheths ( prosperous mill owners turned city patrons) and the ghostly city of abandoned mill districts, slums and ghettos. The relations between the three remain tense and ambivalent. Behind the energy and optimism that seemingly pervades Ahmedabad’s urban consciousness there always lurks the niggling fear of yet another conflagration.

For me, however, the city is still working itself into my life at a quiet and languid pace. I see its many divides, but I see its connections too. To me, the iconic “tree of life” motif on the jaali flanking the central aisle of the Siddi Saiyyid Mosque remains a poignant reminder of the benign energies that have healed the wounds of hate and brought hopes of reconciliation into the troubled life of this historic city. 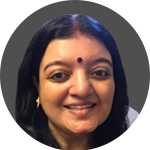