Ahead of Karnataka floor test, Supreme Court to decide on pro-tem speaker 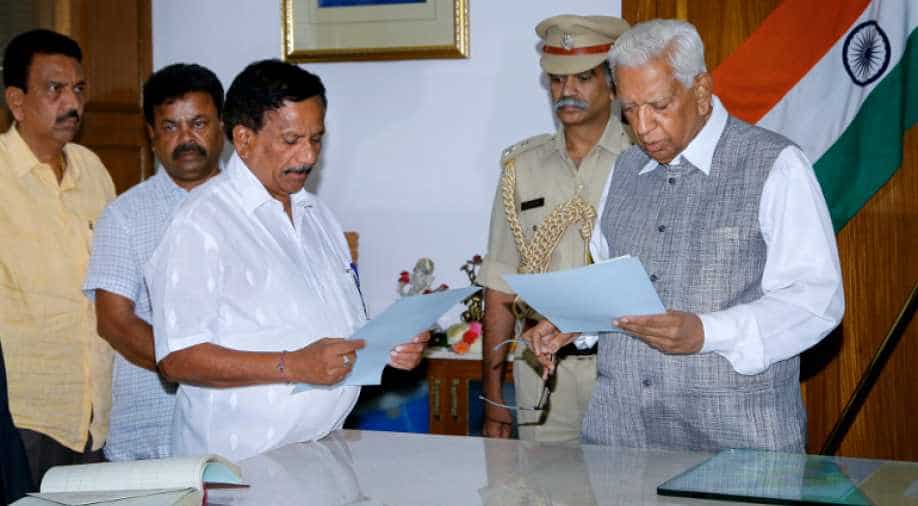 The Supreme Court will today decide on an application by the Congress and the JD(S) challenging Karnataka Governor Vajubhai Vala's decision to appoint KG Bopaiah as the pro-tem Speaker ahead of the floor test in the Karnataka Assembly today.

The application was filed late evening on Friday and has been listed to be heard by a bench of Justice AK Sikri, Justice SA Bobde and Justice Ashok Bhushan at 10.30 am on Saturday.

Bopaiah, a relatively junior MLA, has to preside over the floor test on Saturday to ascertain whether newly-appointed Chief Minister Yeddyurappa enjoys a majority support in the assembly.

The application asks for the appointment of Bopaiah to be revoked and for the senior-most member to be appointed in his place. It has also sought the videography of the floor test.

The petition also states that except for administering oath and conducting floor test, the pro-term Speaker should be restrained from exercising any other power.

The Congress alleged on Saturday that Bopiah had been appointed pro-tem speaker "with the sole intent of manufacturing a majority out of minority for Yeddyurappa".

The application states that Bopaiah has a "dubious and controversial record of passing biased disqualification orders" and has been "severely criticised and strictures" were passed against him by the Supreme Court.

Pro-tem speaker is a temporary speaker appointed for a limited time period to conduct the work of the Lok Sabha or the state assemblies.