Ahead of India visit, Pompeo makes congratulatory call to Jaishankar 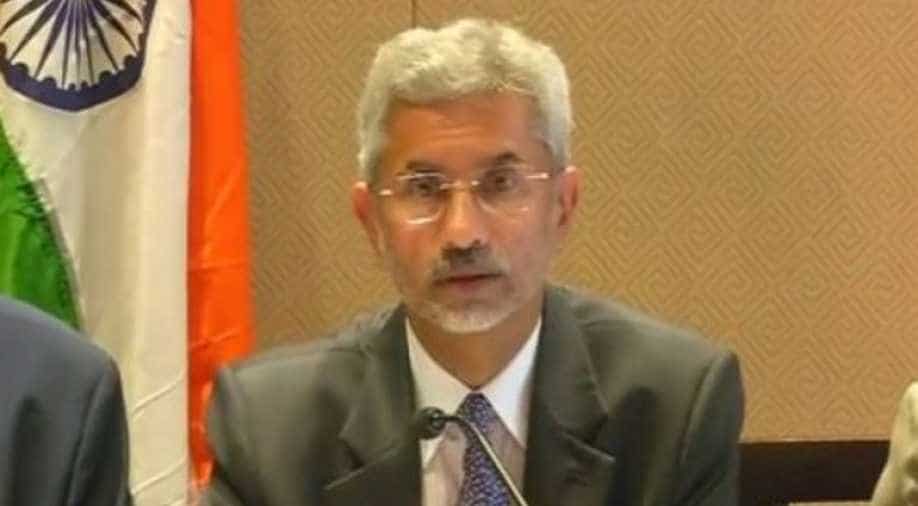 Pompeo, who will be visiting India from June 25-27, spoke with Jaishankar to congratulate the External Affairs Minister on his appointment, State Department Spokesperson Morgan Ortagus said.

Pompeo, who will be visiting India from June 25-27, spoke with Jaishankar to congratulate the External Affairs Minister on his appointment, State Department Spokesperson Morgan Ortagus said.

The congratulatory call from Pompeo comes nearly three weeks after Jaishankar was appointed by Prime Minister Narendra Modi as his External Affairs Minister.

"Pompeo underscored the strong US commitment to working closely with the new Indian Government to advance our strategic partnership," Ortagus said in a readout of the call, which took a long time ? possibly the longest in at least a decade.

"Secretary Pompeo and Minister Jaishankar also discussed shared US and Indian objectives in safeguarding a free and open Indo-Pacific, US India security cooperation, and the US-India economic partnership," Ortagus said.

Pompeo's visit to India will be the first high-level engagement between the two countries since the general election.

Earlier, Pompeo said his upcoming visit to New Delhi will be focused on advancing America's "incredibly important" ties with India which is a significant part of President Donald Trump's strategy to advance the shared goal of a "free and open" Indo-Pacific region, where China is flexing its muscles.

India, the US and several other world powers have been talking about the need to ensure a free, open and thriving Indo-Pacific in the backdrop of China's rising military maneuvering in the region.

China has been trying to expand its military presence in the Indo-Pacific, which is a biogeographic region, comprising the Indian Ocean and the western and central Pacific Ocean, including the South China Sea.

China claims almost all of the South China Sea. Vietnam, the Philippines, Malaysia, Brunei and Taiwan have counter claims over the sea.

China has expanded through reclamation or built entirely new man-made islands atop coral reefs and has equipped many of them with military installations and airfields.

Prime Minister Modi during his recent visit to the Maldives underscored India's firm commitment to make the strategic Indo-Pacific an area for shared economic growth, saying it has been "our lifeline, and also the highway for trade and prosperity."