After skirmish with Indian troops in Sikkim, China steps up activities near Ladakh 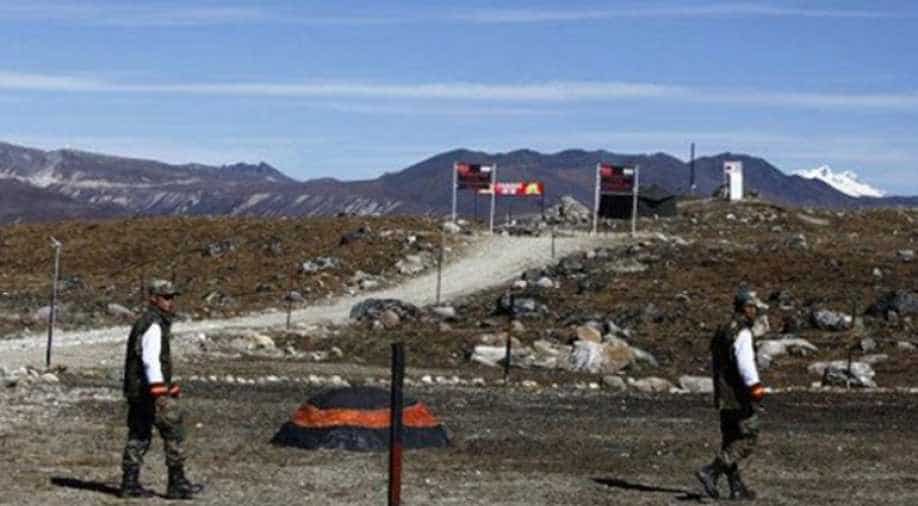 Chinese army mouthpiece, in a report, had said that the military has moved tens of thousands of tonnes of hardware in the Tibet region. (Representative image) Photograph:( DNA )

A new report claimed today that China is stepping up patrols, deploying more boats in the Pangong Tso lake area.

China has been needling India in more ways than one with Nepal being just one front and there's tension in Ladakh as well.

President Xi's regime has been pushing its expansive claims and asserting itself on Indian territory. Multiple reports now confirm that China is stepping up its activities near Ladakh which is close to the line of actual control(LAC).

A new report claimed today that China is stepping up patrols, deploying more boats in the Pangong Tso lake area. Reports say the number of Chinese patrol boats has gone up three times. China is also objecting to the construction of a road by India.

It comes after Chinese choppers were spotted close to the disputed border and the skirmish between troops in Sikkim. China has been backing up its aggression on the border with rhetoric from Beijing.

On Tuesday, the ministry of foreign affairs issued a statement blaming India for border violations.

"The Indian army crossed the line across the western section of the Sino-Indian border and the Sikkim section to enter Chinese territory," it said. China said it has asked India to immediately withdraw its personnel, restore the status quo, and restrict frontline troops.

It is a classic response from Beijing. First, commit a border violation then blame it on India. However, India hasn't said much. In an earlier statement, New Delhi had said that skirmishes on the border are common. India said it is committed to maintaining peace.

The Chinese state media took a cue from Beijing with the Global Times, in particular, has been publishing aggressive commentary.

The state-run newspaper declared, "India could suffer from speculative attitude amid China-US conflict." It was more about the growing tensions between Washington and Beijing but it mentioned the Indian military.

It said that the Indian forces "tend to take a tougher and even irrational attitude towards border relations". The newspaper's idea was to make it sound like both a reprimand and a threat. India, however, hasn't taken the bait. There have been no new reports of skirmishes at the border but the situation is still tense.

China seems to be triggering new flashpoints at a time when it should be focused on fighting the pandemic. The United States made a comment today on the border tensions.

Alice Wells, the American diplomat in charge of South Asia said that the flareups at the border show the threat China poses to India. It looks like China has been rattled by India's decision to hold its ground on the border.

Reports say India has also upgraded its infrastructure at the border. Indian troops are conducting patrols especially in areas where the Chinese had a frequent presence.