After Nizamuddin, Tablighi event in Bihar’s Nalanda now under scanner 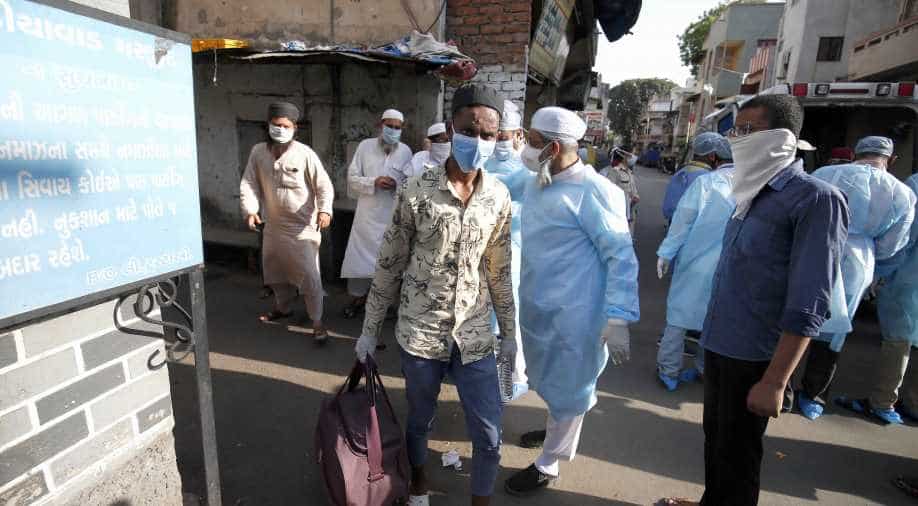 Medical workers take people who attended Tablighi Markaz of Nizamuddin in New Delhi, to the quarantine facility after identifying them. Photograph:( ANI )

Nalanda Markaz event was conducted from March 14 to March 15. The District Magistrate reportedly warned other departments about the incident in a letter dated April 12.

A religious congregation similar to Nizamuddin Markaz was organised in Bihar’s Nalanda last month by the Tablighi Jamaat and was attended by over 600 people.

As per TV reports, around 640 Tablighi Jamaat members had attended the event out of which 277 have been traced and quarantined but as many as 363 Tablighis are still missing.

Nalanda Markaz event was conducted from March 14 to March 15. The District Magistrate reportedly warned other departments about the incident in a letter dated 12 April.

"The Nalanda district administration is taking action towards the issue of Tablighi Jamaat congregation in Bihar Sharif. The officials are working to get the details," Bihar Rural Development Minister Shravan Kumar said.

"All those who have gathered should come out and get tested. I request people who attended the congregation to come forward and have a medical check-up - this the only way to combat COVID-19," he added.

Meanwhile, three persons, including a six-month-old infant girl, have tested positive for COVID-19 in Bihar, taking the total number of coronavirus cases in the state to 83.Four cases of attacks on health officials have been reported in Bihar within 24 hours.