After India, Iran lashes out on Pakistan on terror front; summons Pak envoy 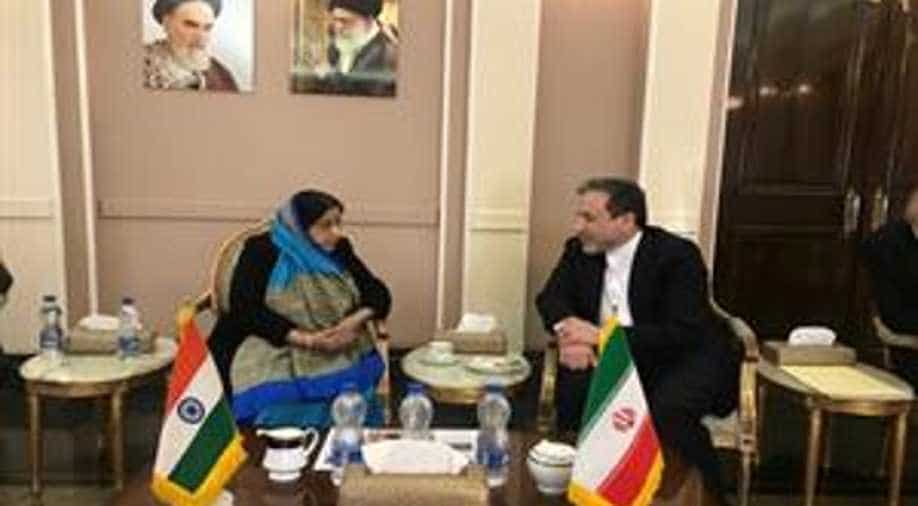 India's external affairs minister Sushma Swaraj had made a stopover in Tehran on Saturday while going to Bulgaria and had a meeting with Iranian Deputy Foreign Minister for Political Affairs Seyyed Abbas Araqchi.

Days after a terror attack in the southeastern Sistan and Balouchestan that killed 27 revolutionary guards, Iran on Sunday summoned Pakistan ambassador Riffat Masood to lodge a formal protest.

Pakistan based Jaish ul-Adl has taken responsibility for the attacks with Iranian president Hassan Rouhani pledging to avenge the attack. He said "our nation will certainly take revenge for the blood of these dear martyrs”

Multiple reactions are coming from Iran in the aftermath of the attack. Local Iranian media on Saturday reported that the Commander of Revolution Guards (IRGC) Major General Mohammad Ali Jafari said, '“Iran will retaliate against the group [that conducted the attack] if Pakistan fails to punish them.” Iran's Parliament Speaker Ali Larijani has also slammed Pakistan and called on Islamabad to be held accountable for the terror attack.

India's external affairs minister Sushma Swaraj had made a stopover in Tehran on Saturday while going to Bulgaria and had a meeting with Iranian Deputy Foreign Minister for Political Affairs Seyyed Abbas Araqchi. During the meeting, both discussed the recent Pulwama terror attack in India and attack on the revolutionary guards in Iran.

In a press statement issued by Iran's foreign ministry, "They condemned the recent terrorist attacks in Iran's Sistan and Baluchestan and India"s Srinagar, and offered sympathy to each other."

Adding further the release said, "The two sides underlined the necessity of establishing peace and calm in the region through dialogue."

After the meet, Araqchi had also tweeted saying "we agreed on close cooperation to combat terrorism in the region. Enough is enough!"