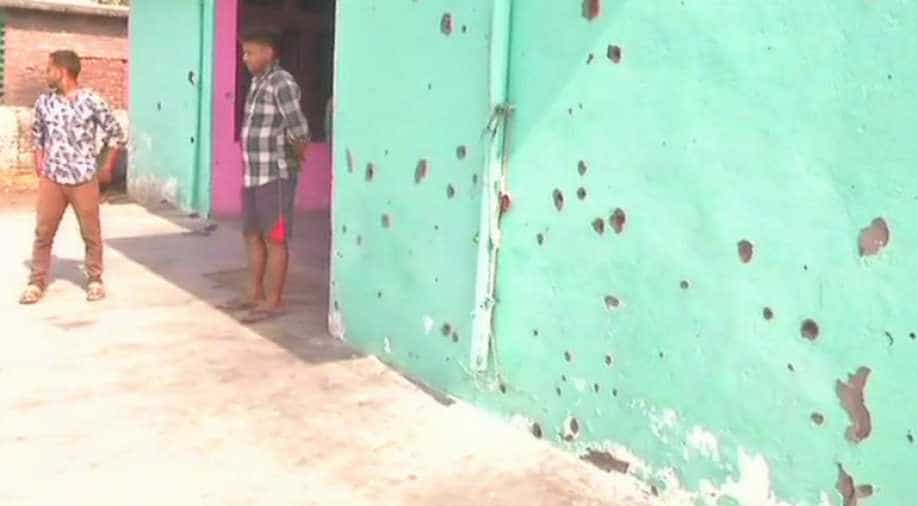 Pakistan indulges in cross-border firing in Akhnoor, visuals from the area. Photograph:(ANI)
Follow Us

A day after two Border Security Force personnel died in a cross firing along the International Border, three civilians are reported to be injured in the firing by Pakistan.

The cross-border firing from across the international border in going on from Saturday in Akhnoor, Jammu.

Further details related to the incident are awaited.

The two BSF personnel who lost their lives on Sunday morning includes an assistant sub-inspector. They were shot while they were manning a forward post.

They immediately were taken to the hospital but succumbed to injuries.

The firing from across the border -- a violation of the ceasefire agreement -- prompted a strong and effective retaliation by the BSF, PTI reported a senior officer as saying.

On May 29, the DGMOs of India and Pakistan agreed to "fully implement" the ceasefire pact of 2003 in "letter and spirit" forthwith to stop border skirmishes in J&K.

The two military commanders reviewed the prevailing situation along the LoC and the IB in J&K during a conversation over the special hotline.

The hotline contact was initiated by the Pakistani DGMO.

The latest deaths in the Pakistani firing raised the casualty figure during ceasefire violations along the IB and the Line of Control (LoC) in the state to 46. The dead includes 20 security personnel.

Last month, thousands of people residing along the IB in Jammu, Kathua and Samba districts had to flee their homes following intense shelling from Pakistan between May 15 and May 23 which left 12 people dead, including two BSF jawans and an infant, and scores of others injured.

After the DGMOs of the two countries spoke to each other, hope rekindled among border residents who had started returning to their homes but the latest incident would trigger fresh concerns among them.

BSF's Constable Vijay Kumar Pandey and ASI Satya Narayan Yadav, who were injured in cross-border firing by Pakistan in Akhnoor, succumbed to their injuries. #JammuAndKashmir pic.twitter.com/OXgly9L6IZ

Firing from Pakistan has been on since 2.30 am, we did not sleep since then, all of us here are very scared: Akhnoor local. Two BSF personnel had lost their lives in cross-border firing. #JammuAndKashmir pic.twitter.com/xlbWNIGoqV