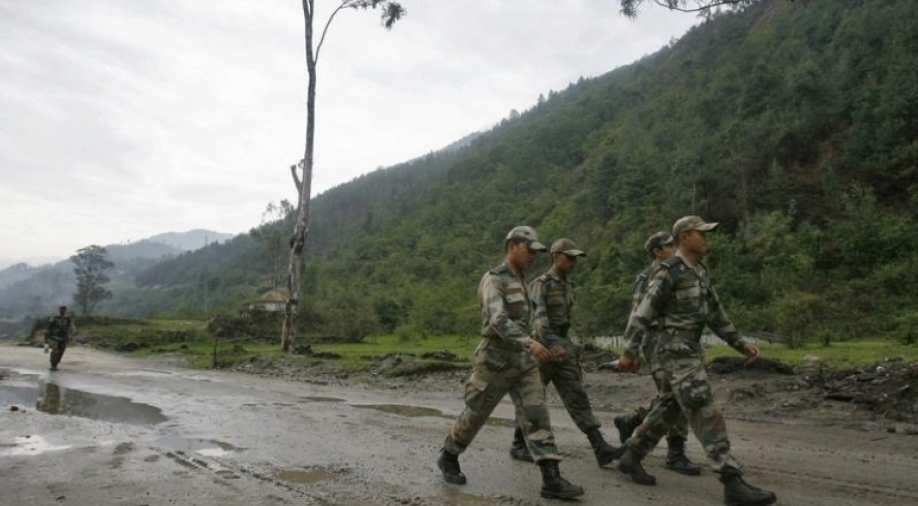 File photo of Army soldiers march near an army base on India's Tezpur-Tawang highway in Arunachal Pradesh May 29, 2012. Photograph:(Reuters)
Follow Us

After 32 years, the controversial Armed Forces (Special Powers) Act, which gives sweeping powers to security forces, was partially removed from three of nine districts of Arunachal Pradesh but would remain in force in the areas bordering Myanmar, officials said here.

The state, which was formed on February 20, 1987, had inherited the controversial AFSPA enacted by Parliament in 1958 and applied to the entire State of Assam and the Union Territory of Manipur.

After Arunachal Pradesh, Meghalaya, Mizoram, and Nagaland came into being, the Act was appropriately adapted to apply to these states as well.
The Justice B P Jeevan Reddy committee had recommended scrapping of the AFSPA from the state.

Under the Act, the security forces can arrest anyone or carry out searches on any premises.

The Ministry of Home Affairs said in a notification that the four police station areas in Arunachal Pradesh, which were declared "disturbed areas" under the AFSPA, are no longer under the purview of the special law from Sunday.

However, according to the notification, the AFSPA will continue to be enforced in Tirap, Changlang and Longding districts and areas under the jurisdiction of Namsai and Mahadevpur police stations in Namsai district, Roing in Lower Dibang Valley district and Sunpura in Lohit district for six more months till September 30.

A Home Ministry official said the "disturbed area" tag was withdrawn from the four police station areas due to the improvement of law and order situation there and it will continue in other areas in view of continuing activities of banned insurgent groups of the Northeast.

The notification said the Union Home Ministry took the decision exercising its powers conferred under section 3 of the Armed Forces (Special Powers) Act, 1958.

A review of the law and order situation in Arunachal Pradesh's six districts was undertaken before the March 31 deadline for the validity of the "disturbed area" designation under the AFSPA.

In March last year, the AFSPA was removed completely from Meghalaya following improvement in the security situation.

The AFSPA is imposed in areas where armed forces are required to operate in aid to civil authorities. For the AFSPA to become valid, an area, however, needs to be declared disturbed either by the Central or the state government under section 3 of the 1958 Act.

Some parts of Arunachal Pradesh has the presence of banned militant outfits such as NSCN, ULFA, and NDFB, another official said.