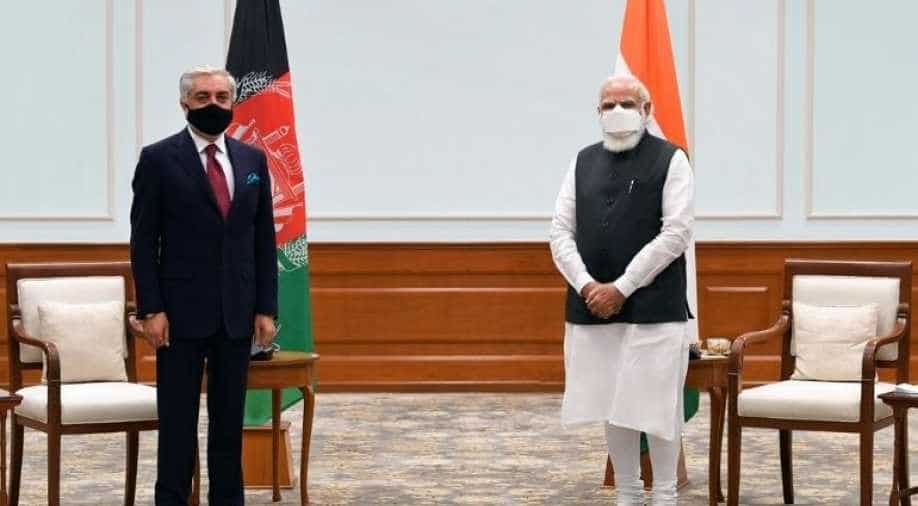 India's policy on the peace process has been that it should be "Afghan-owned, Afghan-controlled" process.

Chairman of Afghanistan's High Council for National Reconciliation (HCNR) Dr Abdullah Abdullah on Thursday called on Indian Prime Minister Narendra Modi and briefed him about the intra Afghan talks between the Afghan govt and Taliban underway in Doha and thanked New Delhi for its "principled position" on the Afghan Peace Process.

India's policy on the peace process has been that it should be "Afghan-owned, Afghan-controlled" process.

Dr Abdullah tweeted, "In our friendly discussion we took stock of the latest developments on the Afghan peace process, the talks in Doha, & India’s support for the peace efforts."

During the talks, India assured its "continued support for the peace process"

Dr Abdullah who is the chief Afghan govt negotiator for the intra Afghan talks and is on a 4 day India visit, the first since taking charge of the position.

WION was the first channel to break over the weekend that Dr Abdullah Abdullah will visit India.